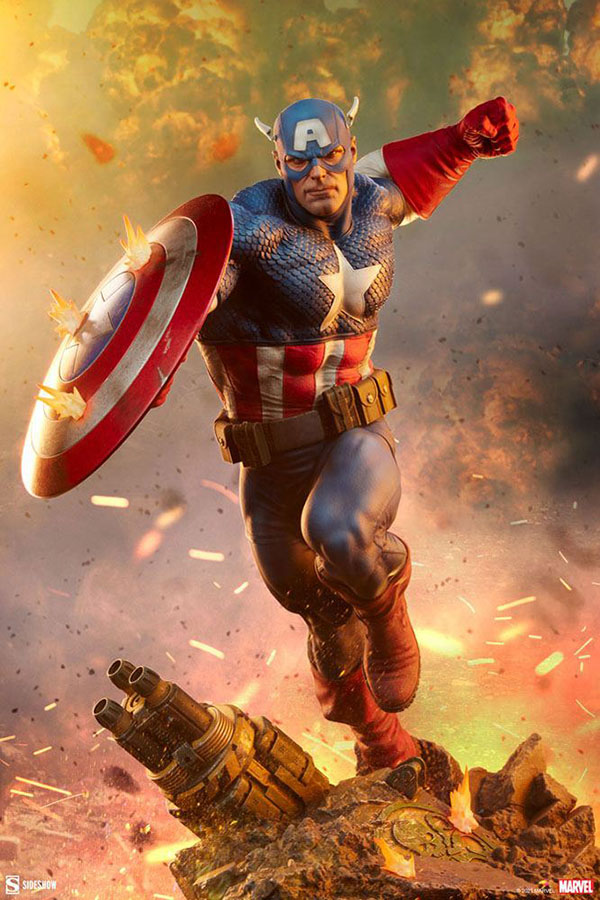 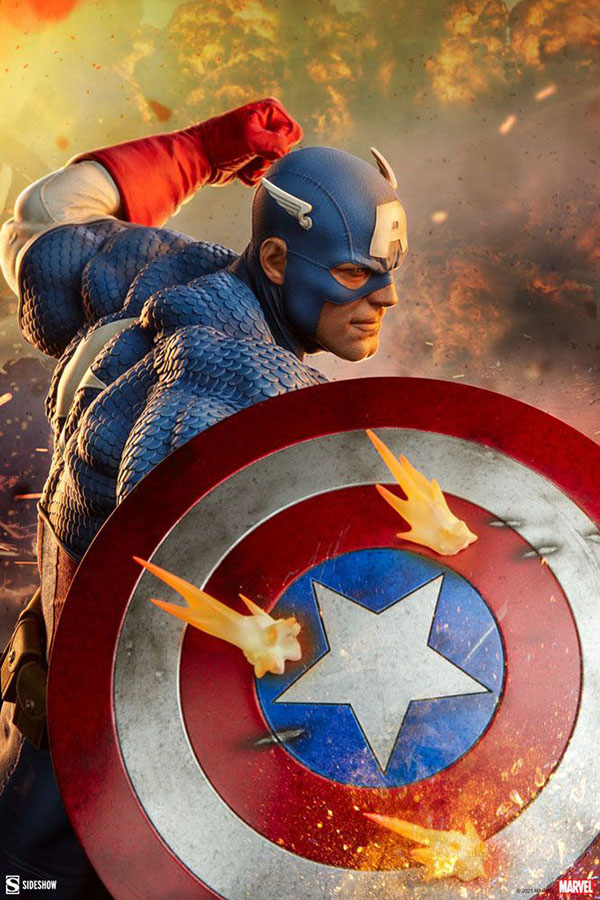 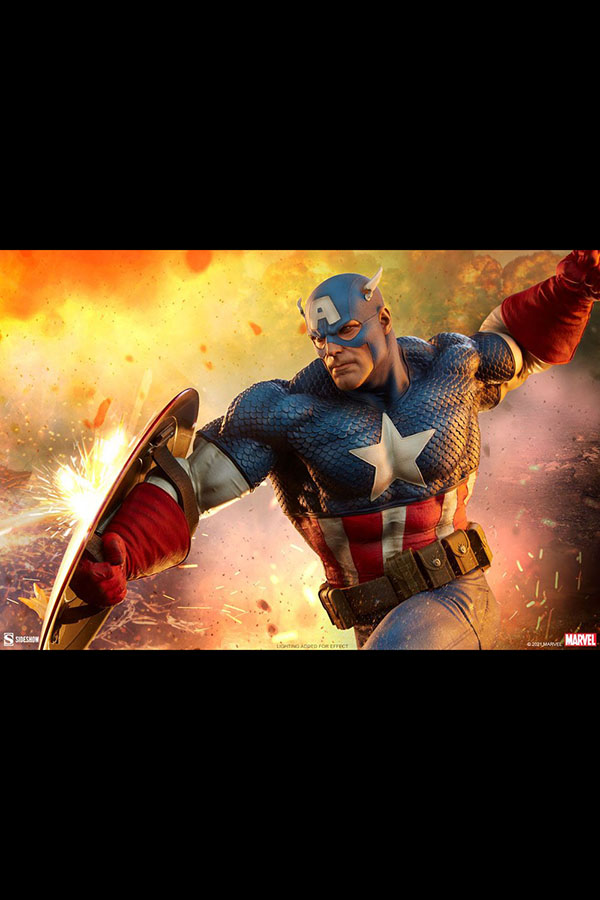 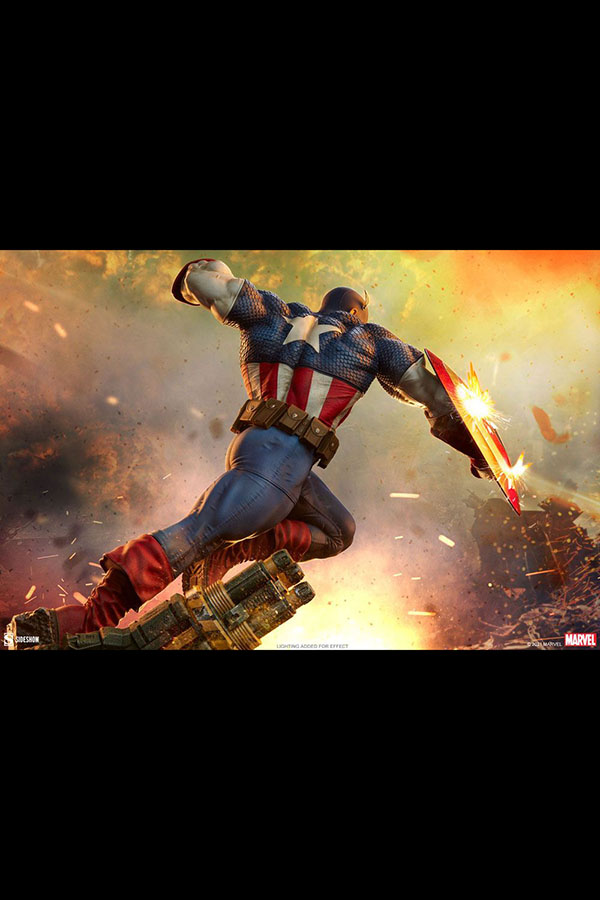 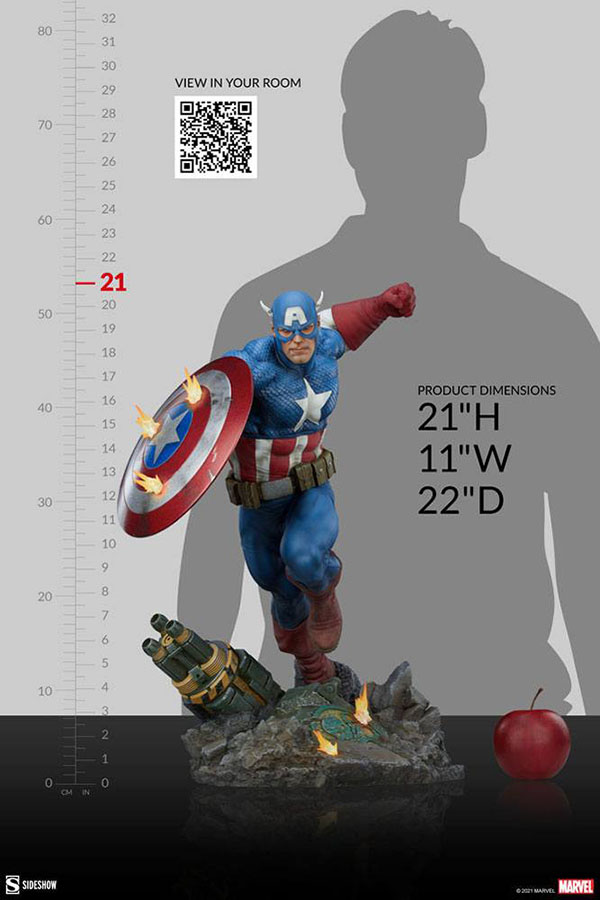 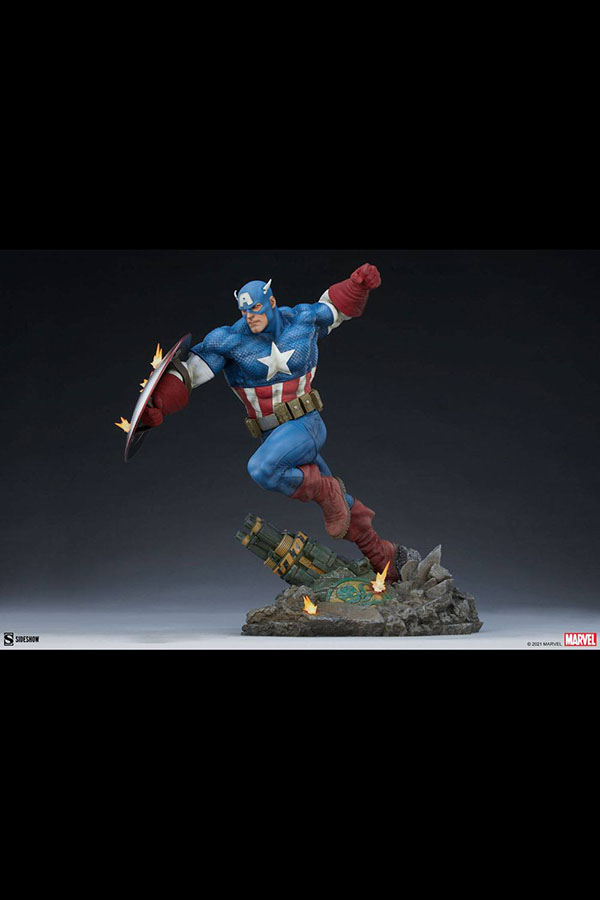 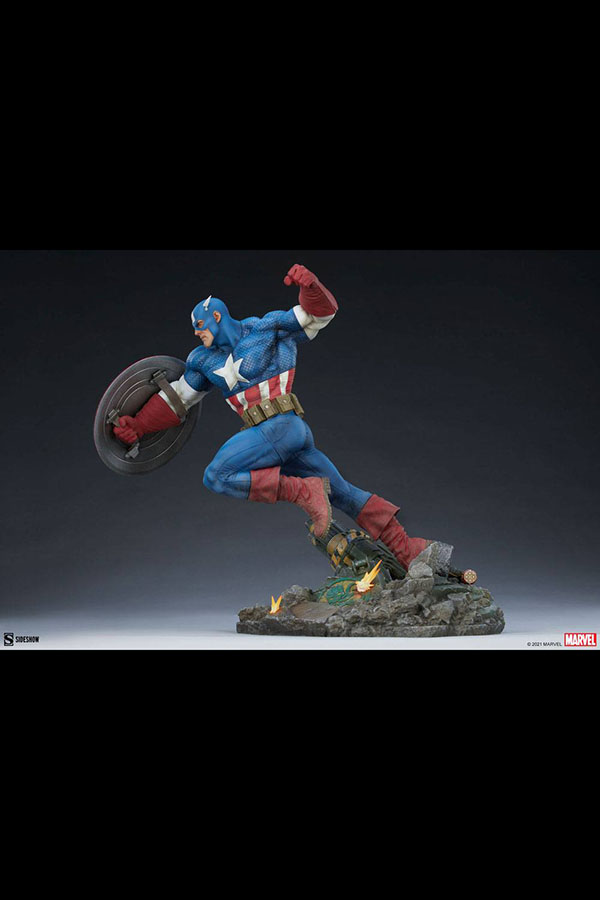 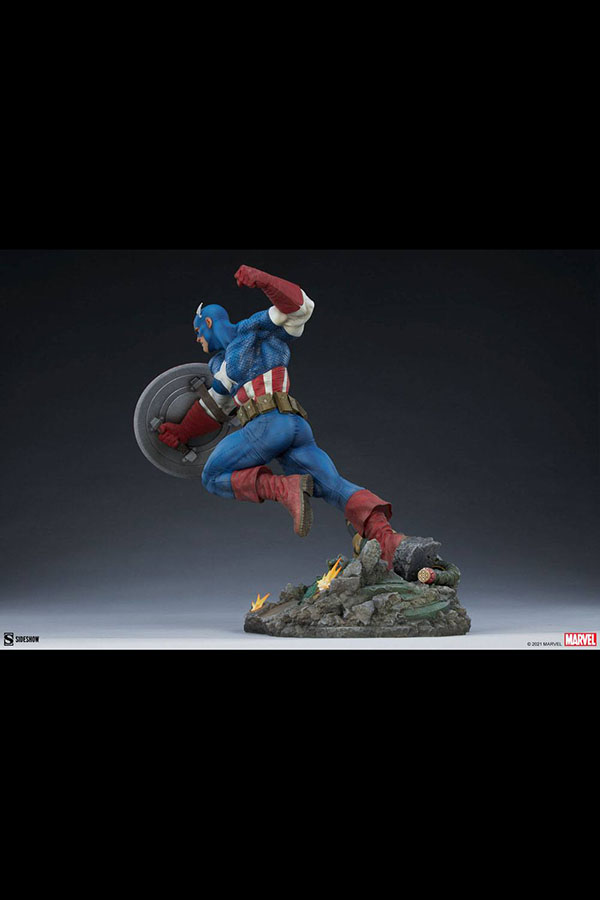 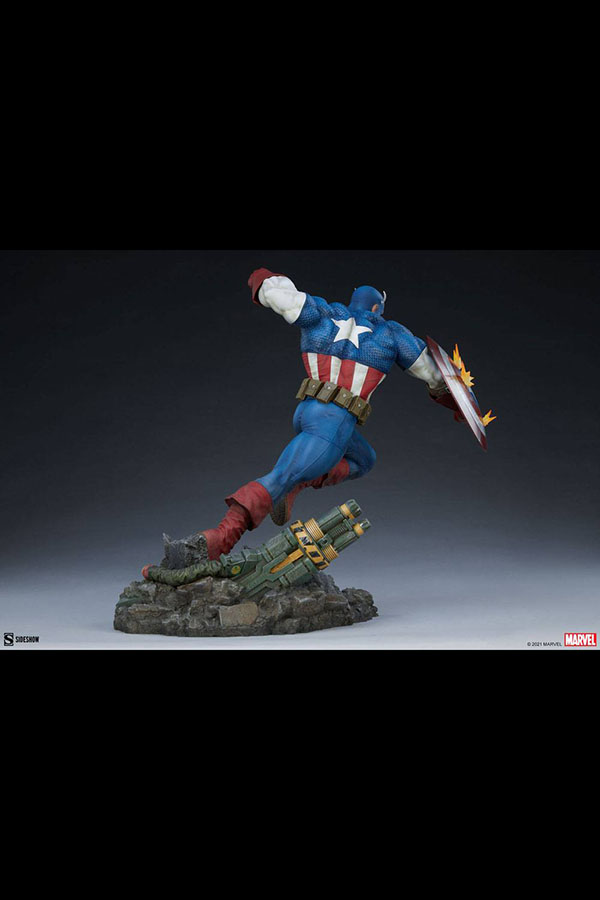 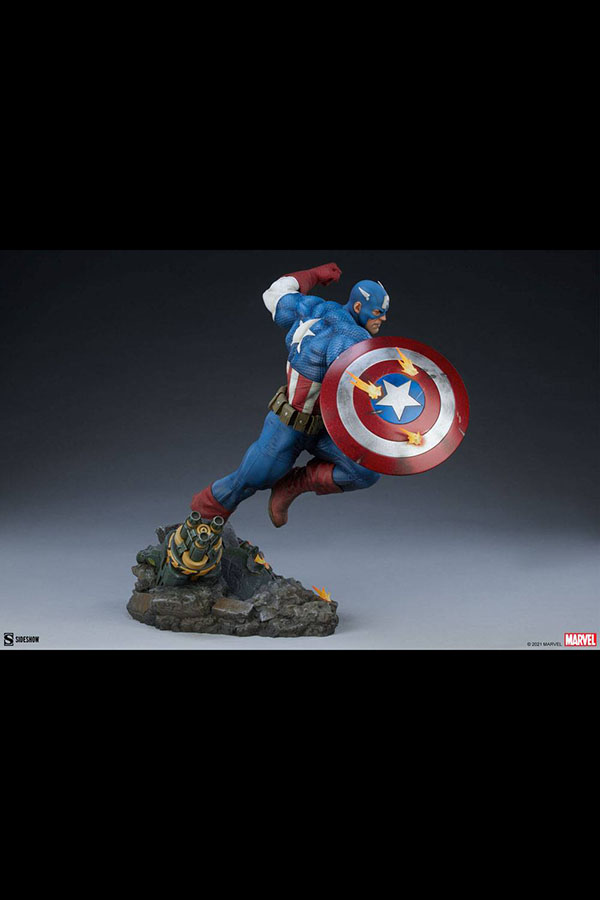 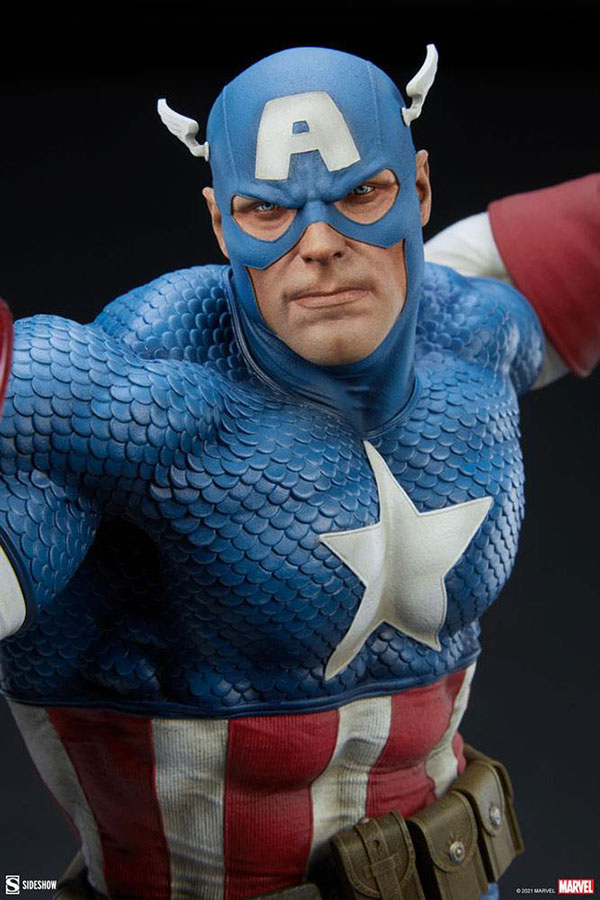 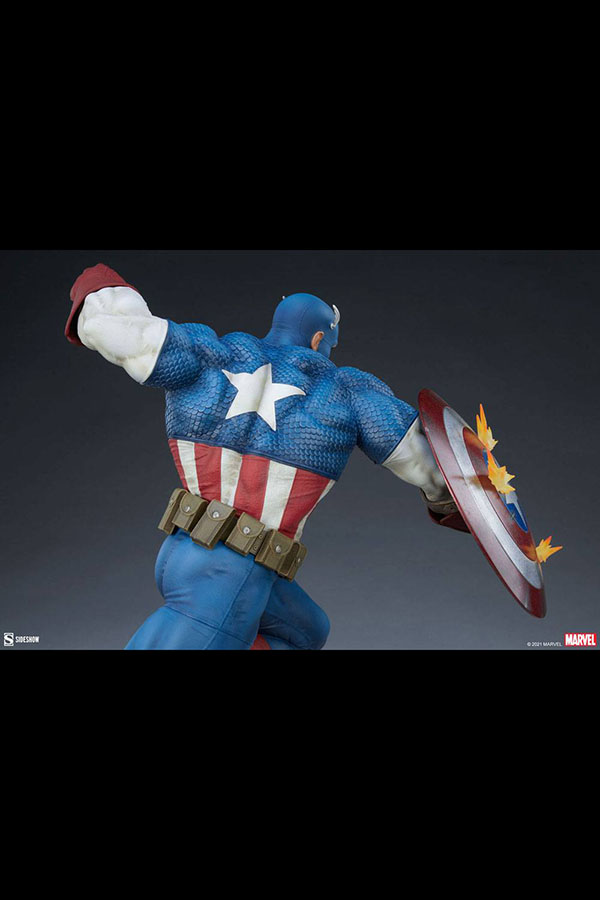 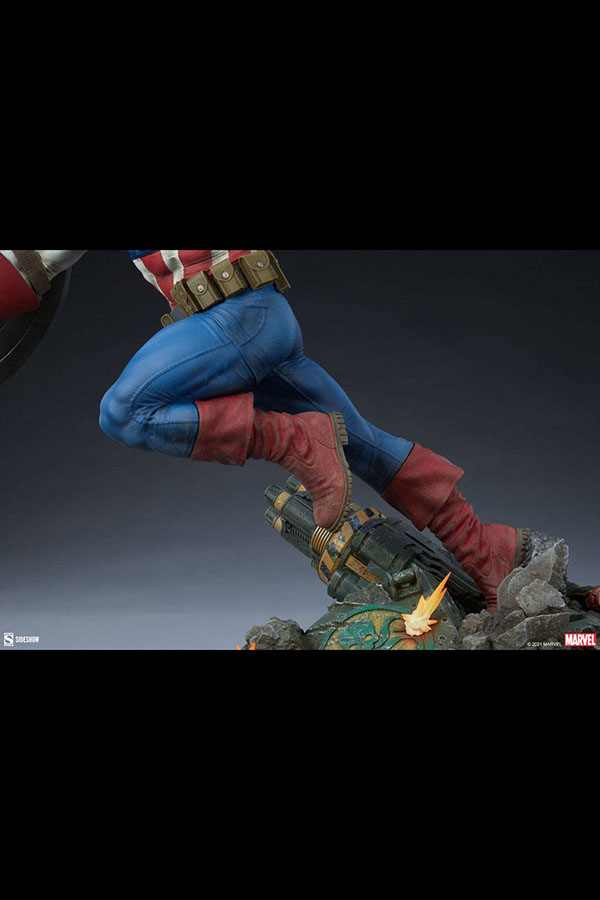 The Captain America Premium Format Figure measures 21” tall and 22” deep as Steve Rogers barrels down the battlefield, fending off enemy fire with his iconic shield in this dynamic action pose. Green and yellow Hydra weaponry is buried beneath his feet, taken down by Cap and his allies while he protects the values of hope and freedom from the villainous forces led by his nemesis the Red Skull.

The Captain America Premium Format Figure is fully sculpted to capture the Star-Spangled Avenger’s classic comic book appearance in a three-dimensional collectible format. Cap’s costume consists of his classic red, white, and blue bodysuit with a scale-covered chest emblazoned with his star symbol on the front and back, as well as red gloves and boots all textured with realistic fabric-like looks. He leads with his shield, weathered with wartime distress and orange blast effects on the front. Finally, Captain America’s classic cowl features a large letter “A” and a pair of white wings framing his resolved portrait, determined to do whatever it takes to stand up for freedom and justice.

Leap into action against the forces of evil and bring home the Captain America Premium Format Figure for your Marvel collection today!