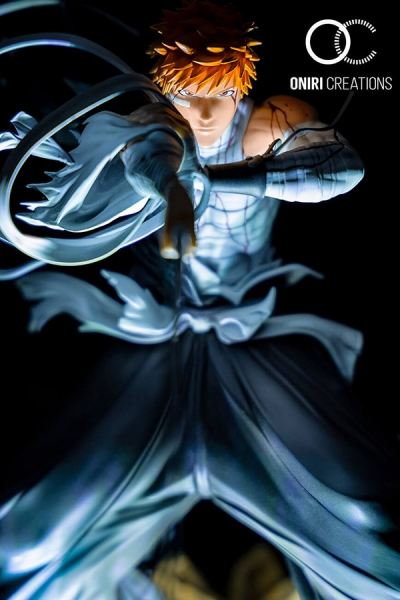 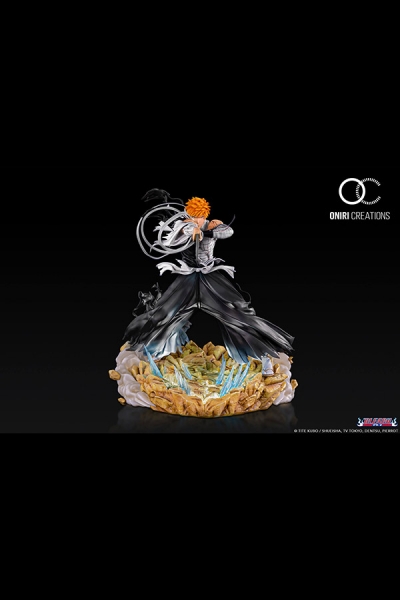 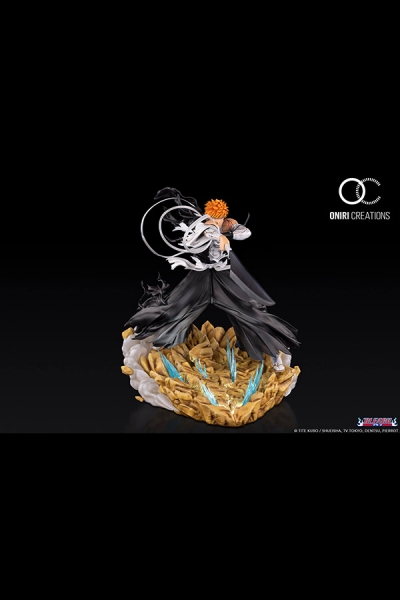 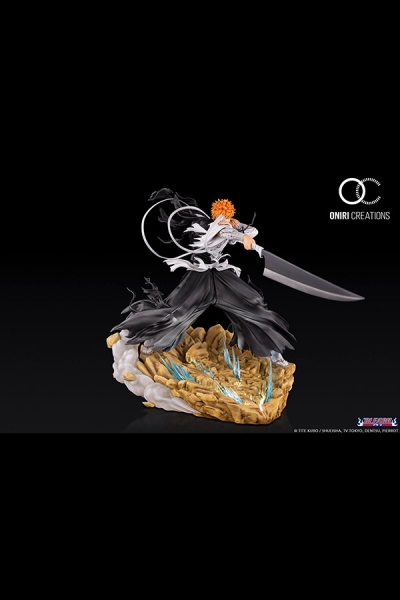 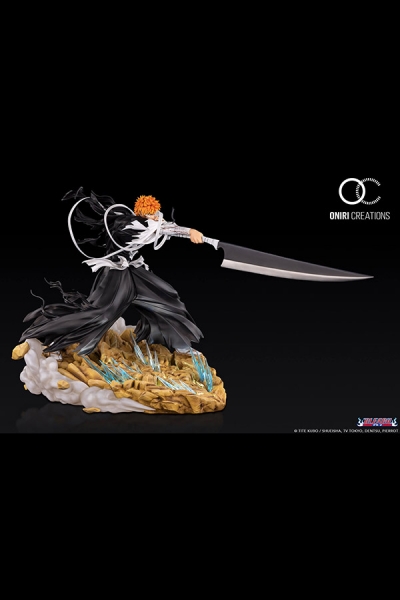 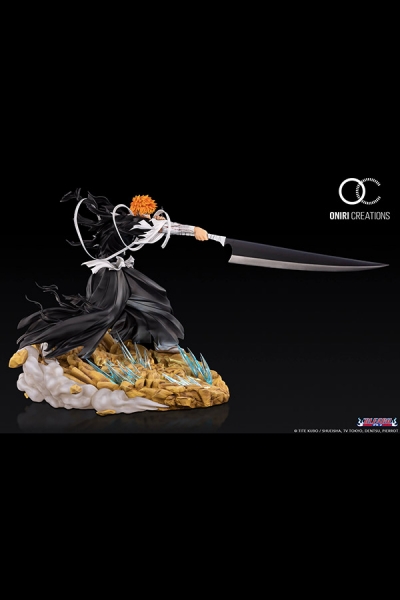 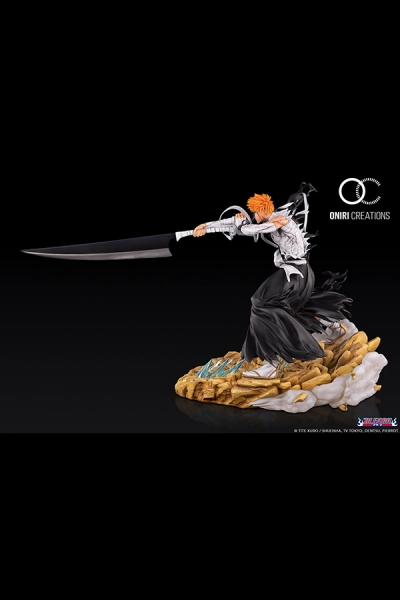 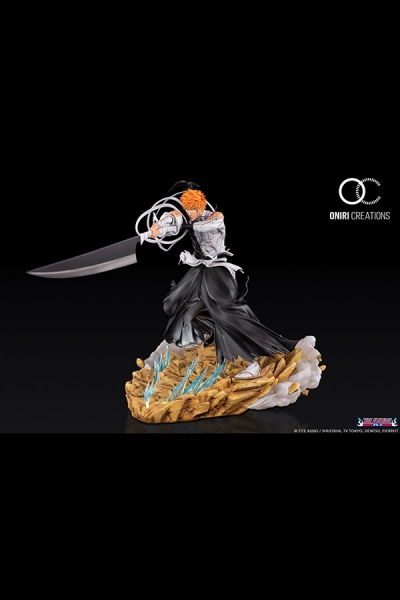 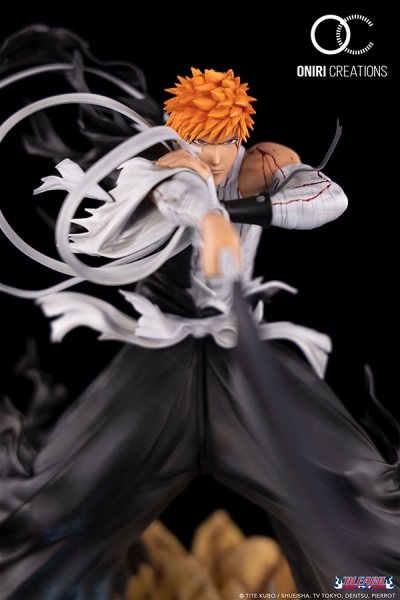 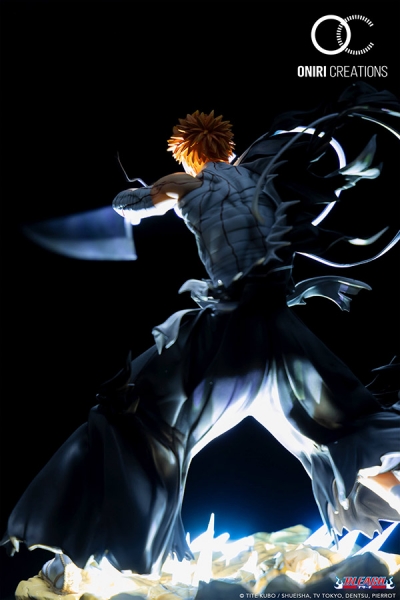 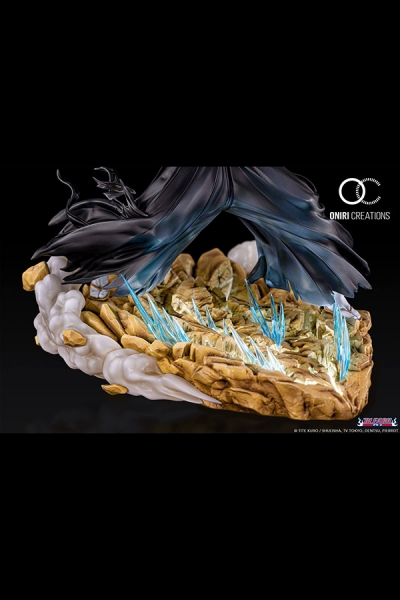 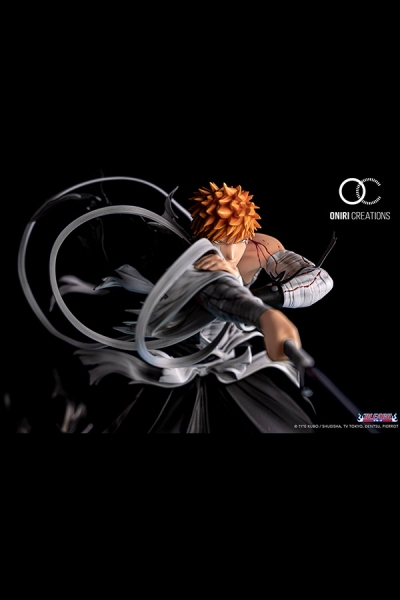 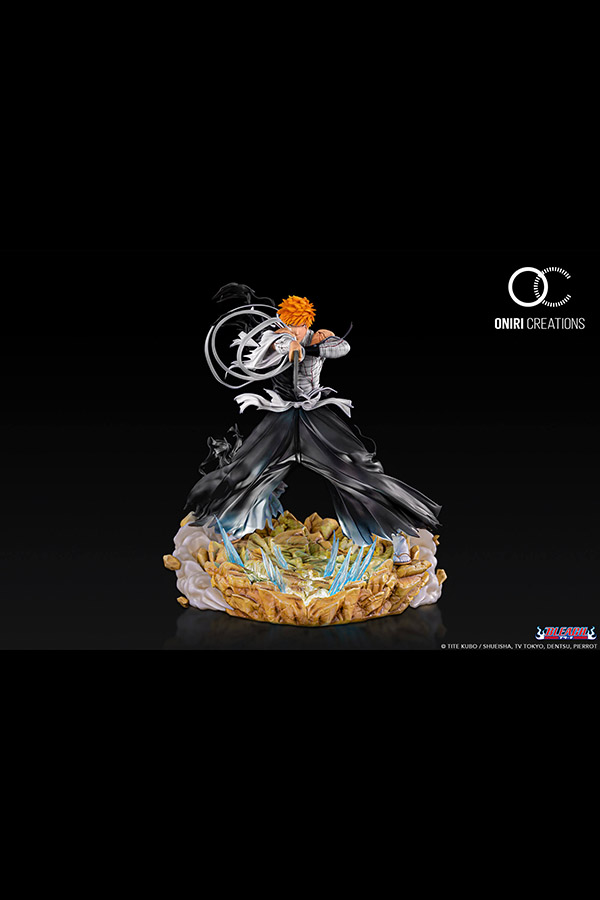 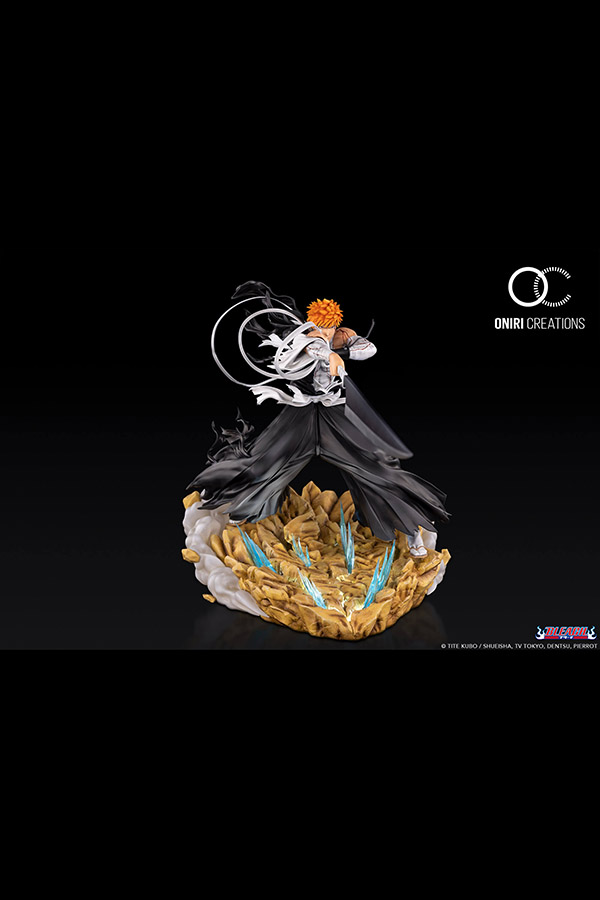 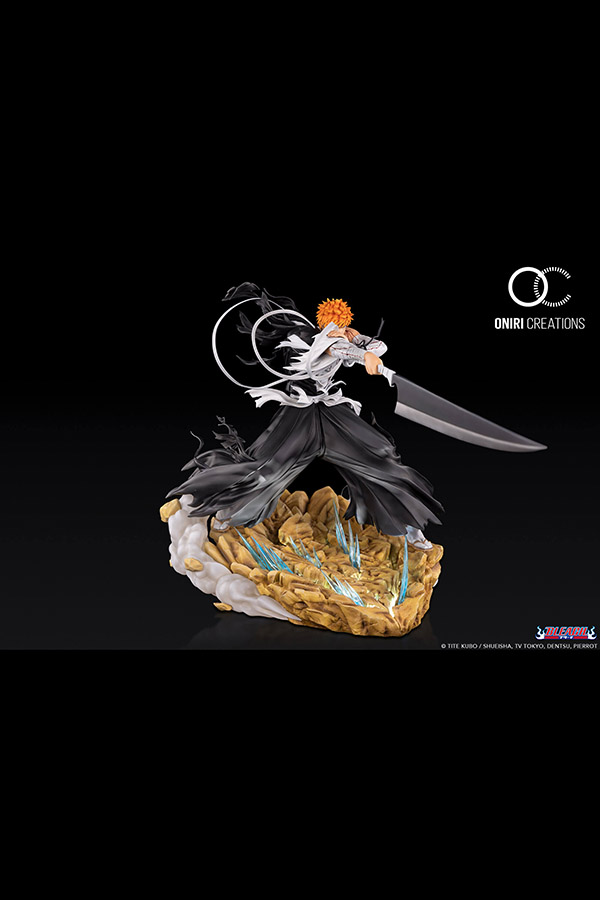 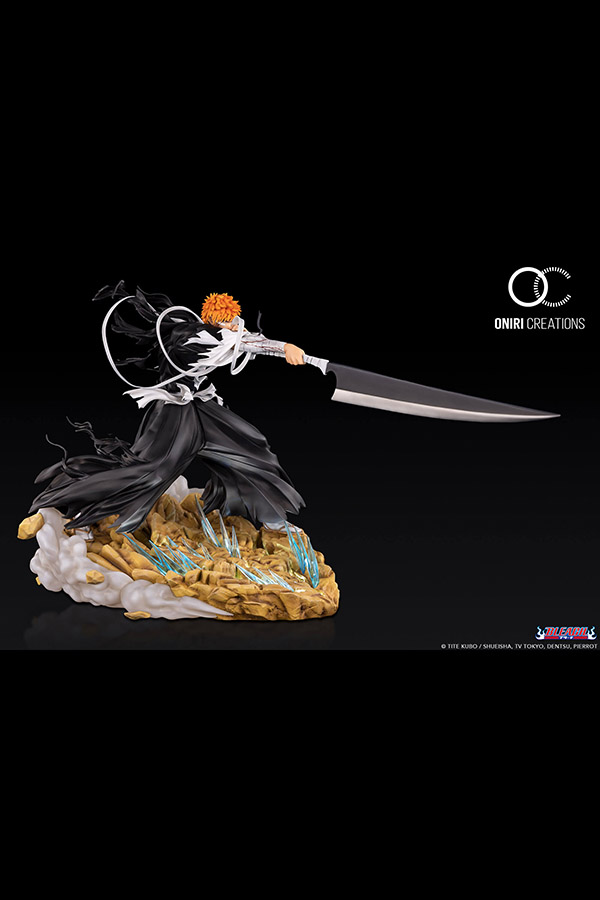 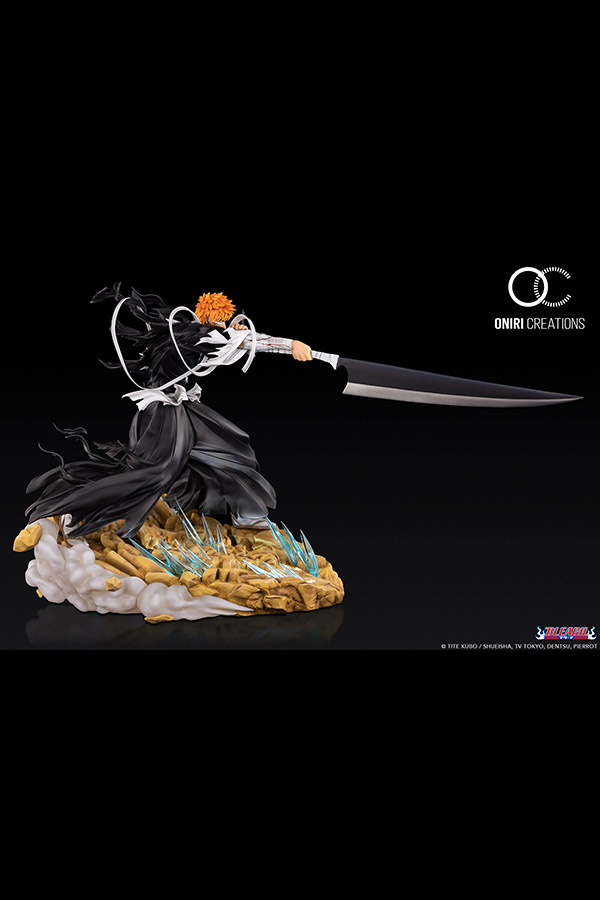 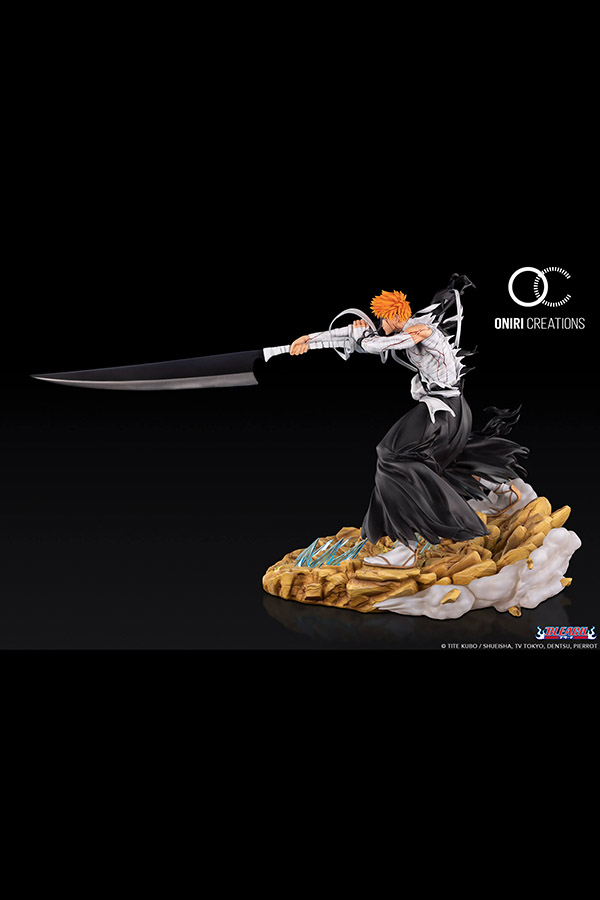 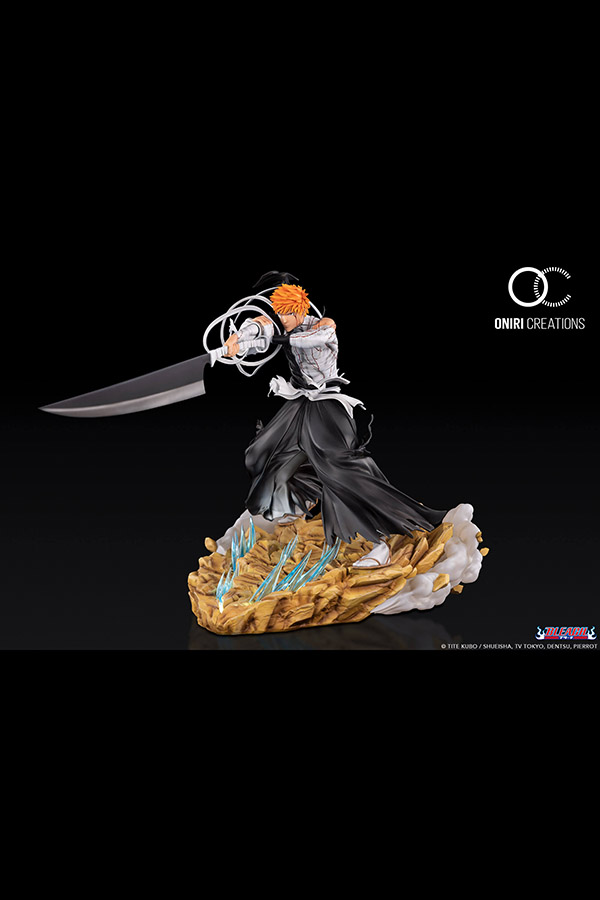 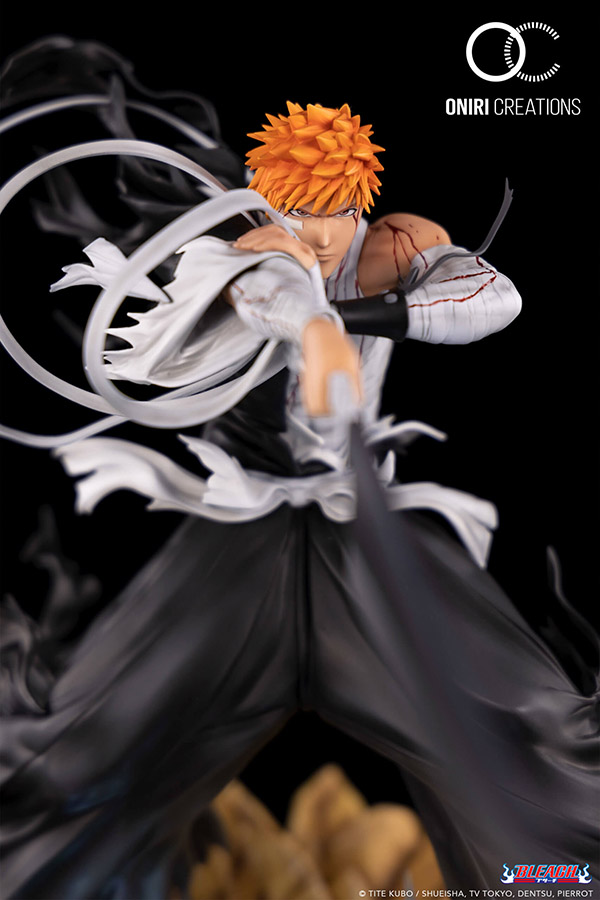 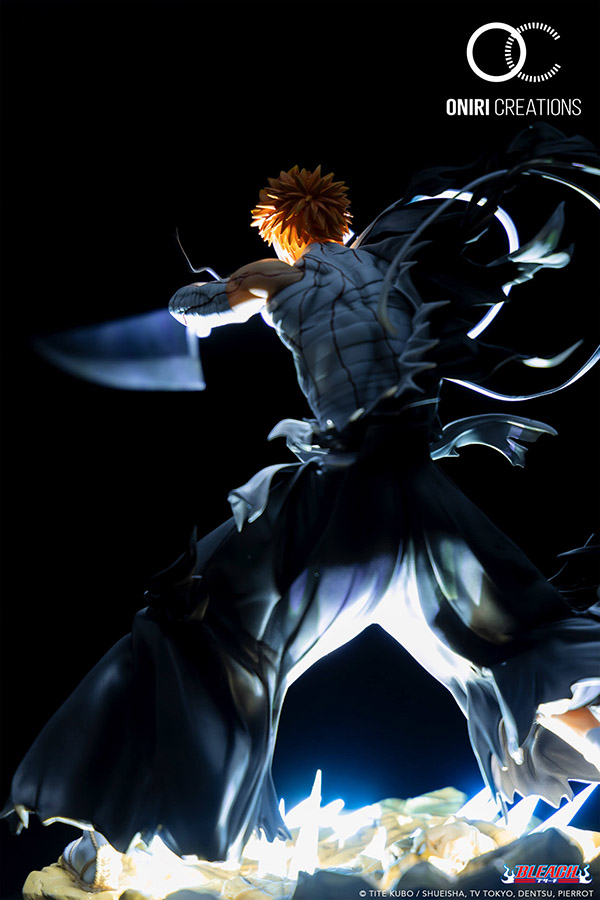 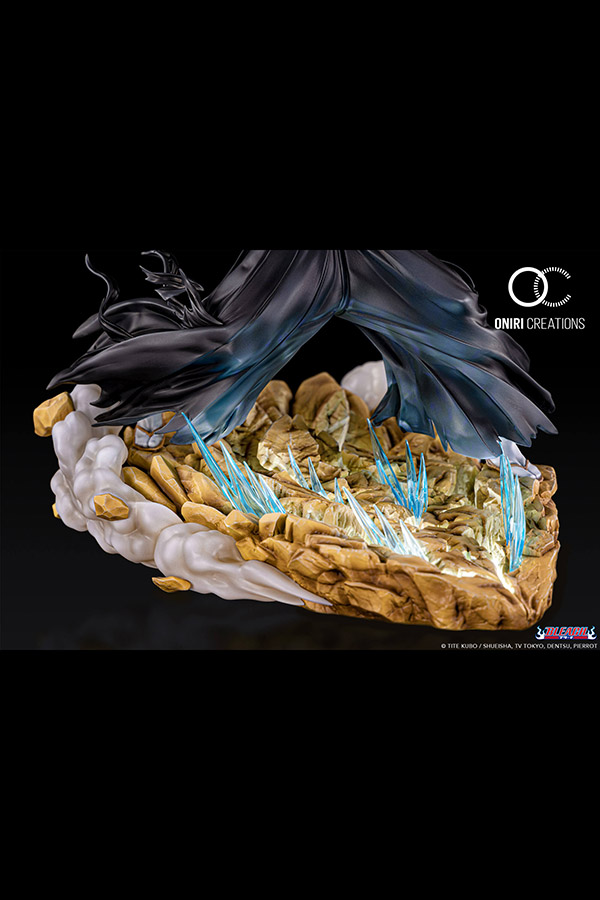 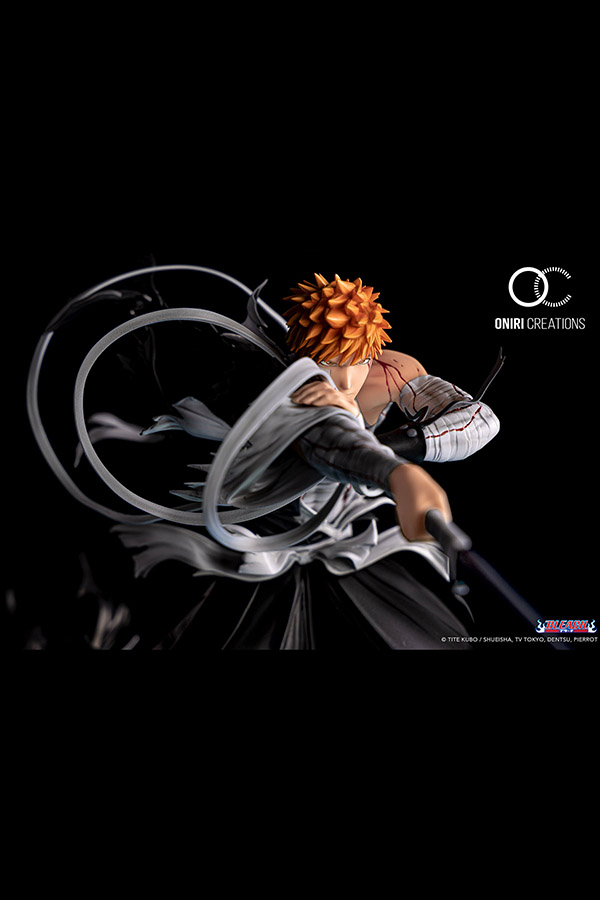 Note: Due to the size of this item, additional shipping fees may occur

Similar to our Grimmjow statue, we once again wanted to focus on the character to represent one of the anime’s most iconic moments. Ichigo is ready to fight, with a much determined look, he holds his Zanpakuto forward to release his Bankai.
From the sculpt to the paintjob, everything has been thought out and worked on in order to transcribe the power that emanates from the character. With the use of a semi-translucent resin for the skin and smoke parts, the realism provided will astonish you for sure.
The base leaves nothing to be desired, in addition to translucent resin effects, it incorporates an LED system that makes the statue even more amazing and reinforces the feeling of power emanating from Ichigo as is the case in the anime.