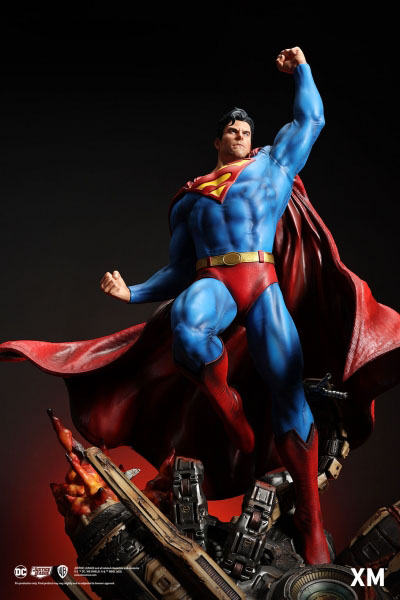 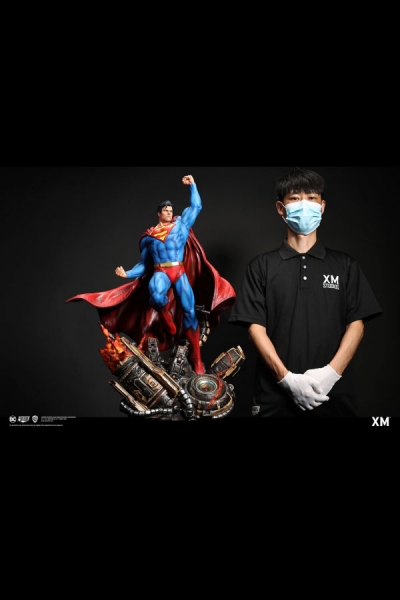 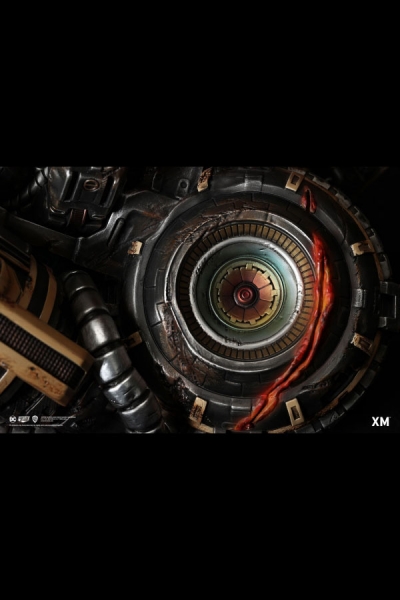 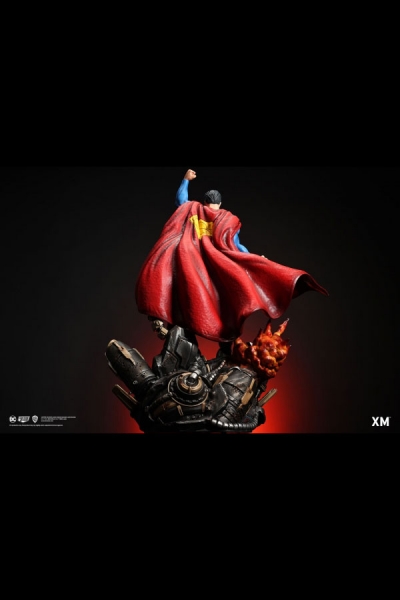 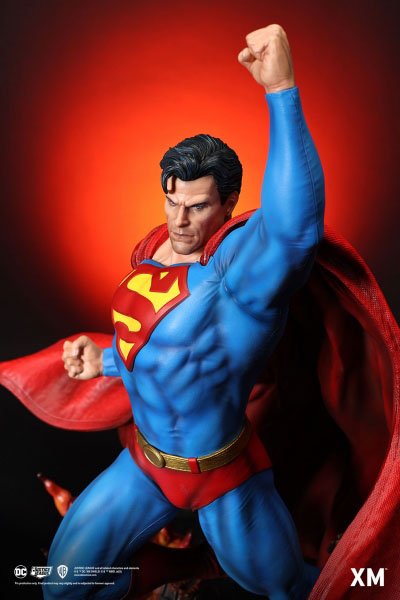 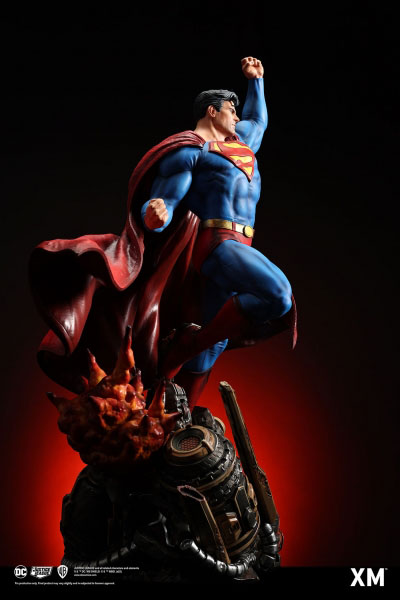 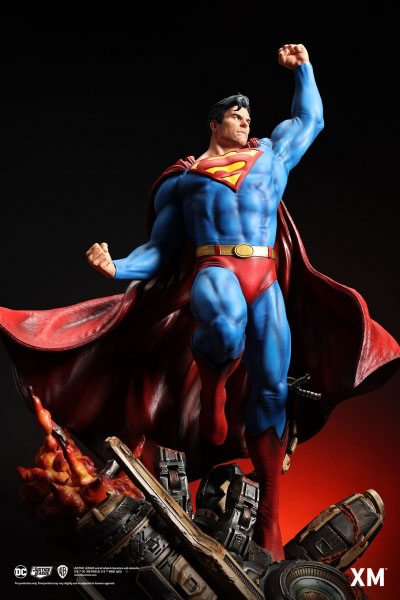 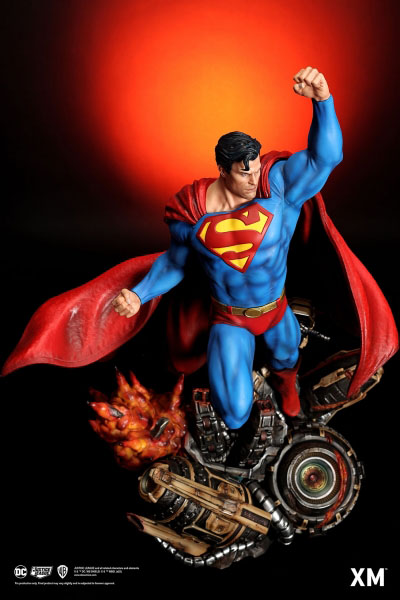 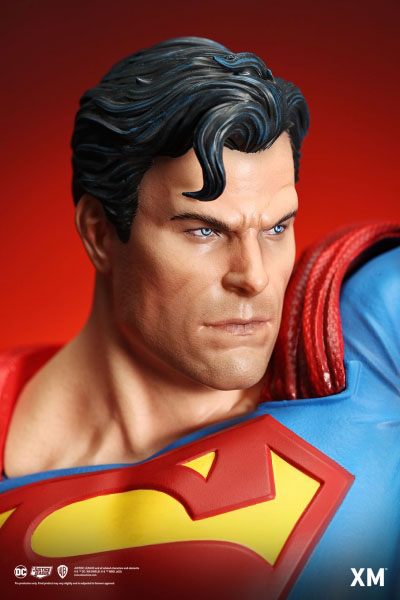 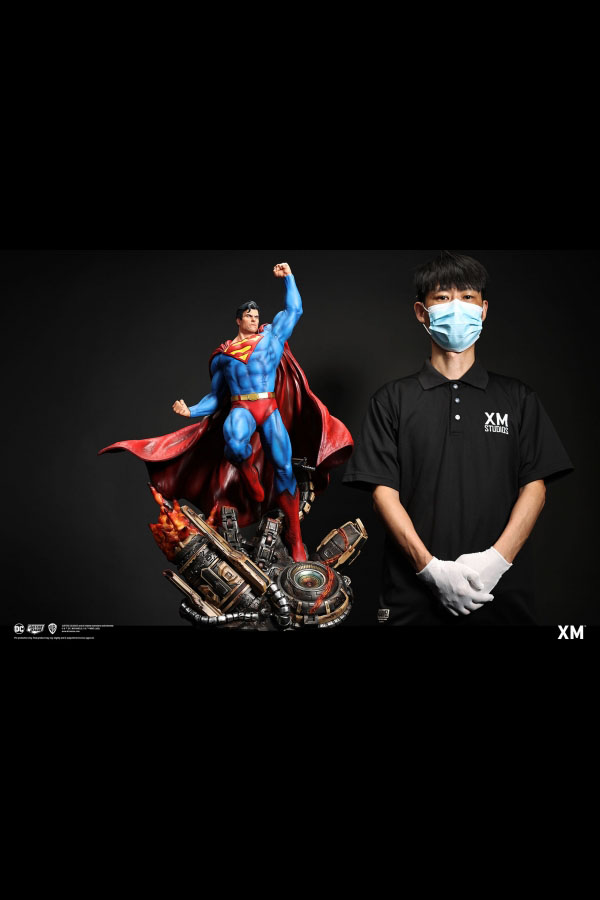 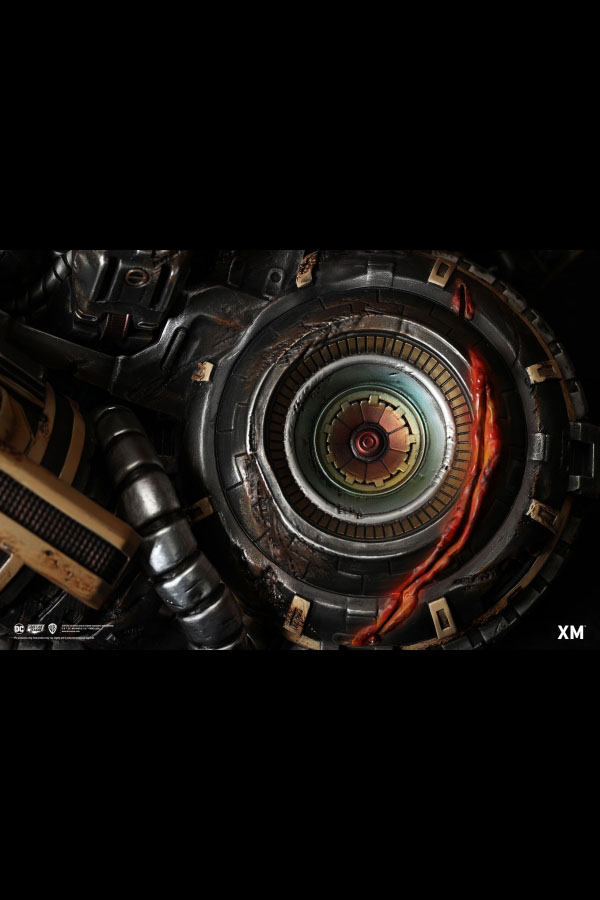 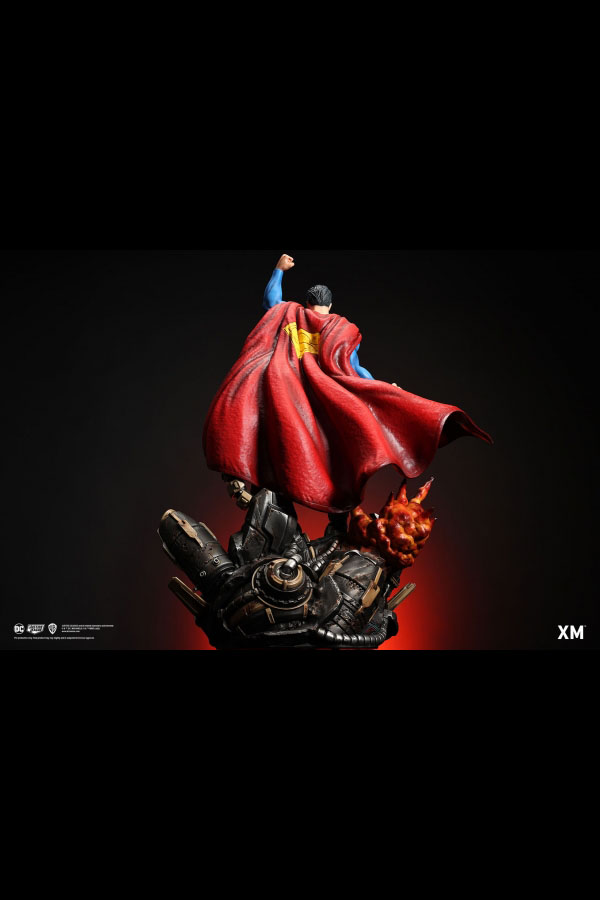 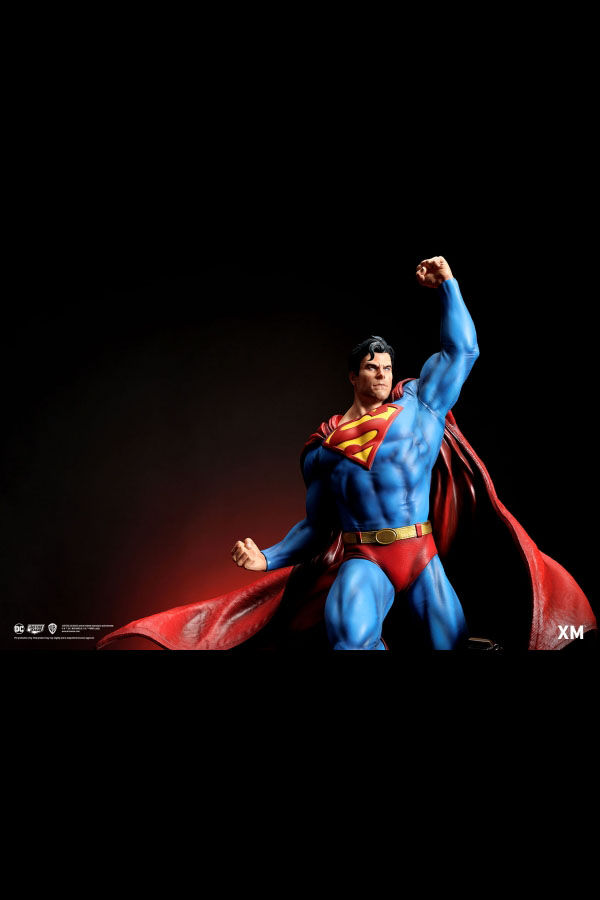 Note: Prototype shown and pending final approval, final product may differ. Batteries will not be included for products with light up features due to customs.

XM Studios is excited to present our next DC Comics Premium Collectibles statue, Superman Classic! XM will be making this statue available in both 1/4 and 1/6 scale. Faster than a speeding bullet, more powerful than a locomotive. The Man of Steel fights a never-ending battle for truth, justice, and the American way. The Man of Steel is the ultimate symbol of truth, justice, and hope. Each painstakingly handcrafted statue is individually hand-painted with XM’s famous quality finish, and comes in a bold, dynamic, and story-laden style.

For this statue, we worked directly with Mark Brooks, who fleshed out the concept and details for the Man of Steel in stunning detail. Set on the planet Apokolips, Superman is seen mid-battle against Darkseid’s shock troops, the Parademons, within cybernetic ruins and explosive debris. The 1/4 scale statue comes in 2 versions. Version A showcases Superman with clenched fists as he stares unwaveringly ahead at the battlefield. Version B includes this set of head and arm switch-outs and another set that features him holding on to the body of a defeated Parademon above his head after having utilised his heat vision.

Collectors can also look forward to Classic Batman and Classic Wonder Woman statues that will also be released as part of XM’s upcoming list of classic statues that will be made available in both 1/4 and 1/6 scale.

Background:
The last survivor of the doomed planet Krypton, raised in the quiet heartland of Smallville, Kansas, Superman is as much a legend as he is a man: the gold standard of heroism, compassion and responsibility. Though his powers make him god-like next to his human compatriots, Superman’s story is not one of greed or conquest. Instead, he strives to represent the inherent goodness of the human spirit, and the capacity of every living thing to do right by their neighbors.