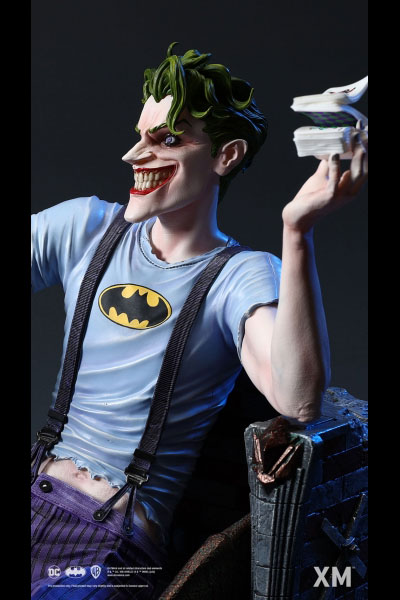 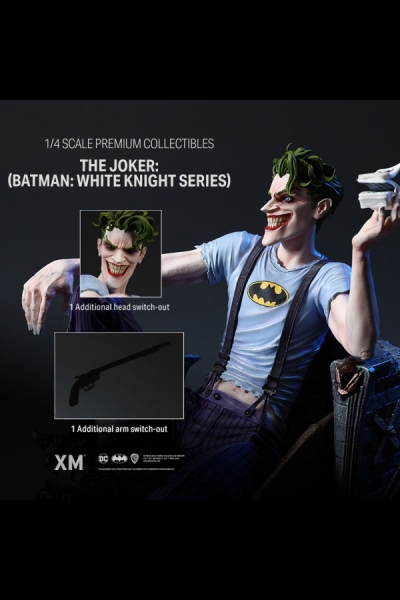 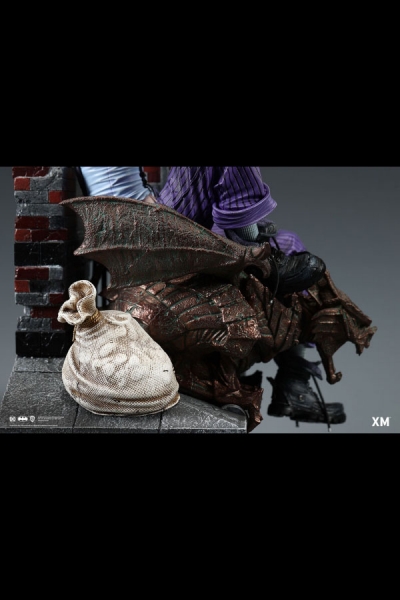 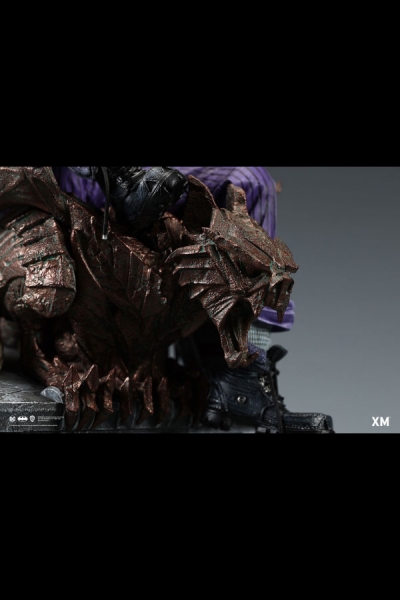 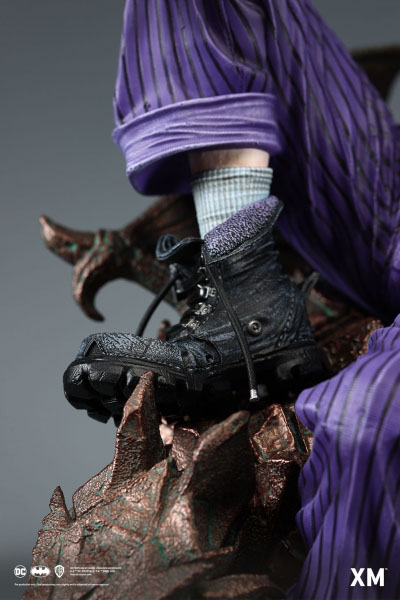 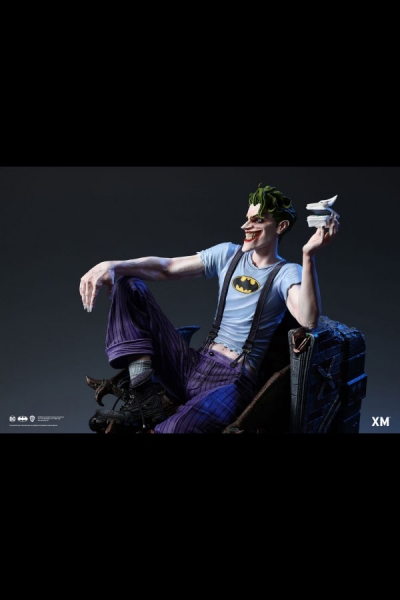 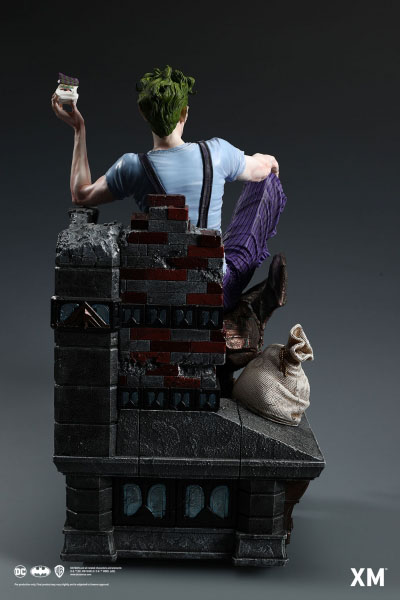 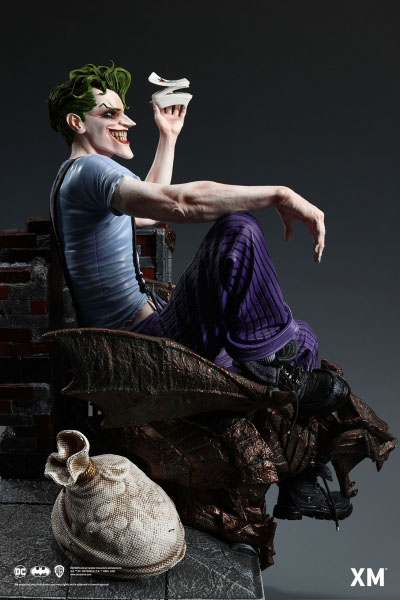 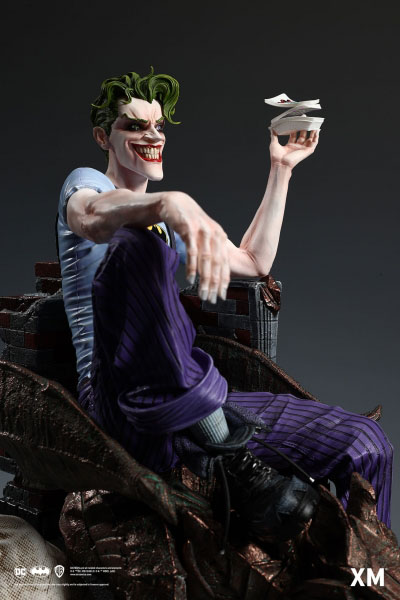 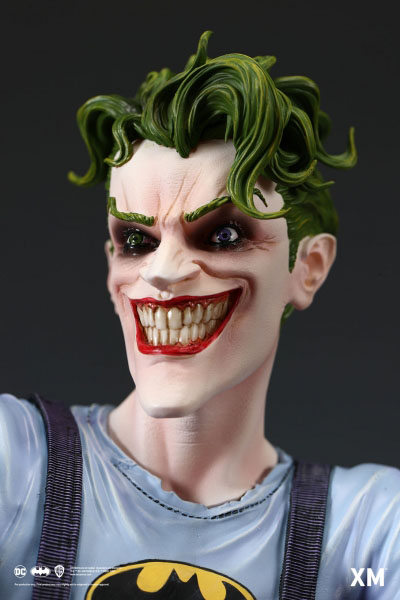 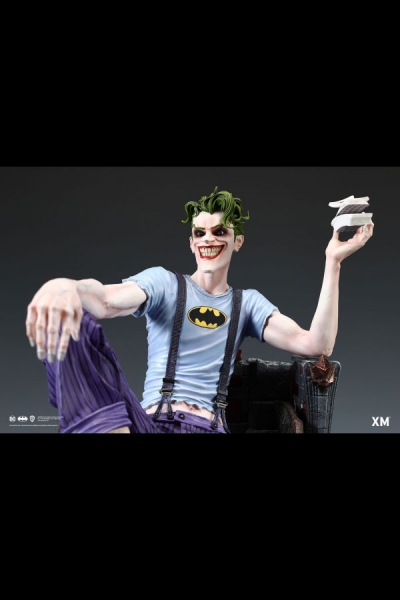 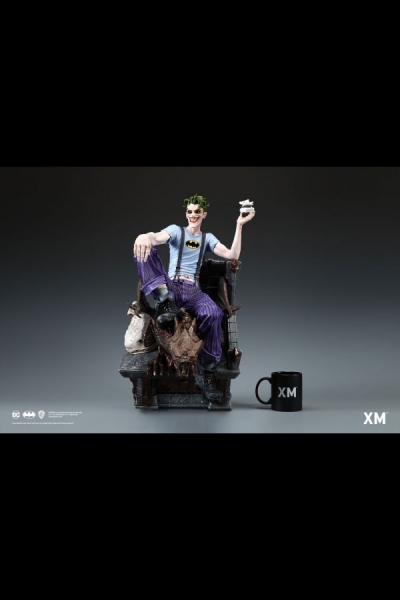 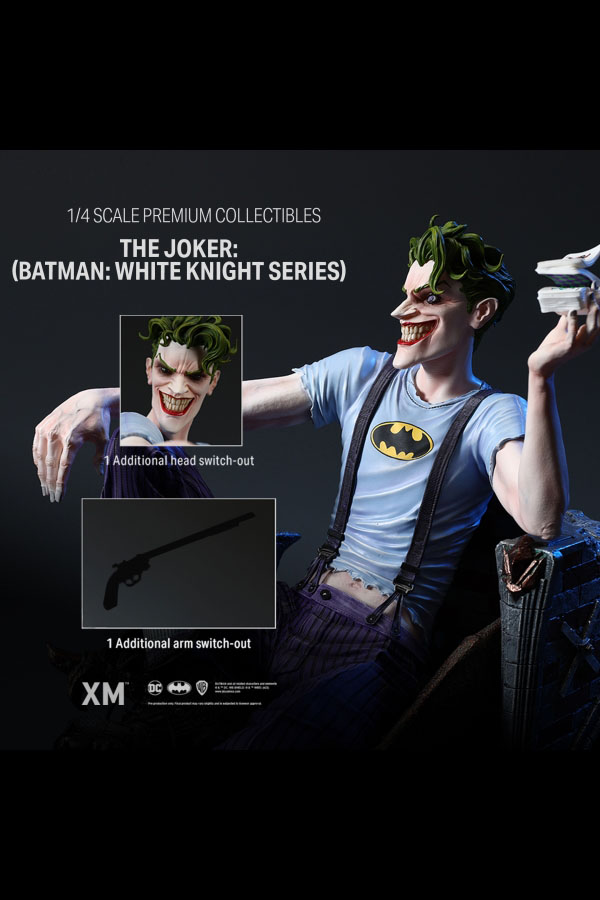 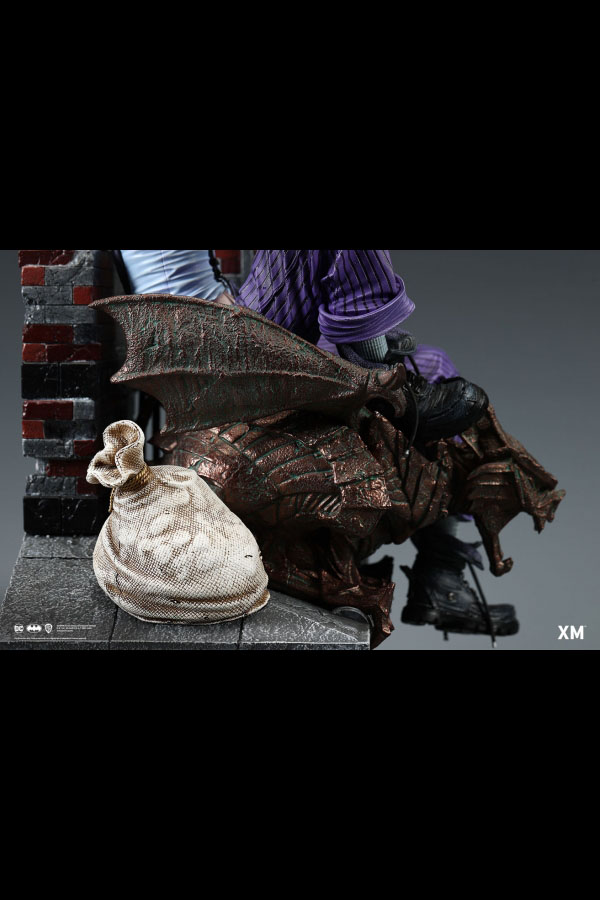 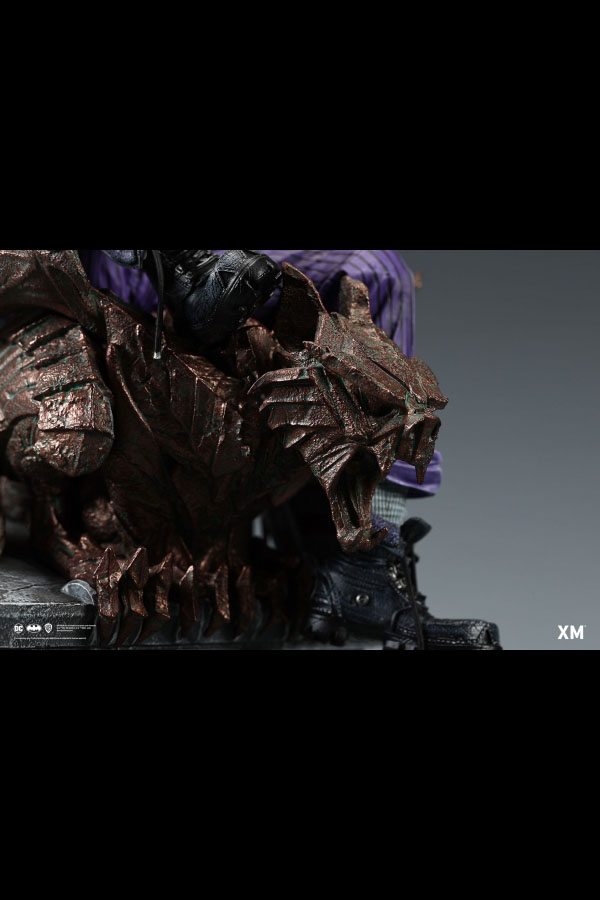 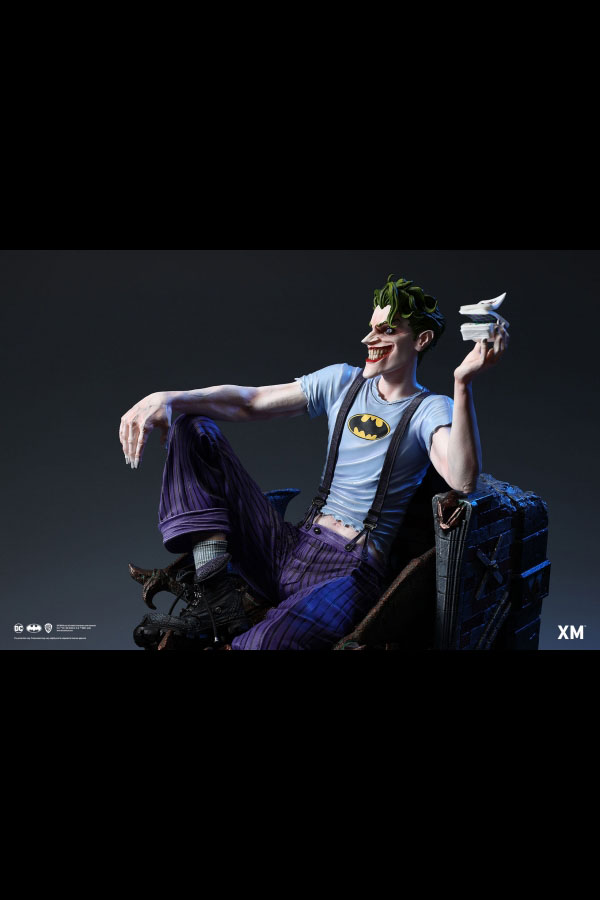 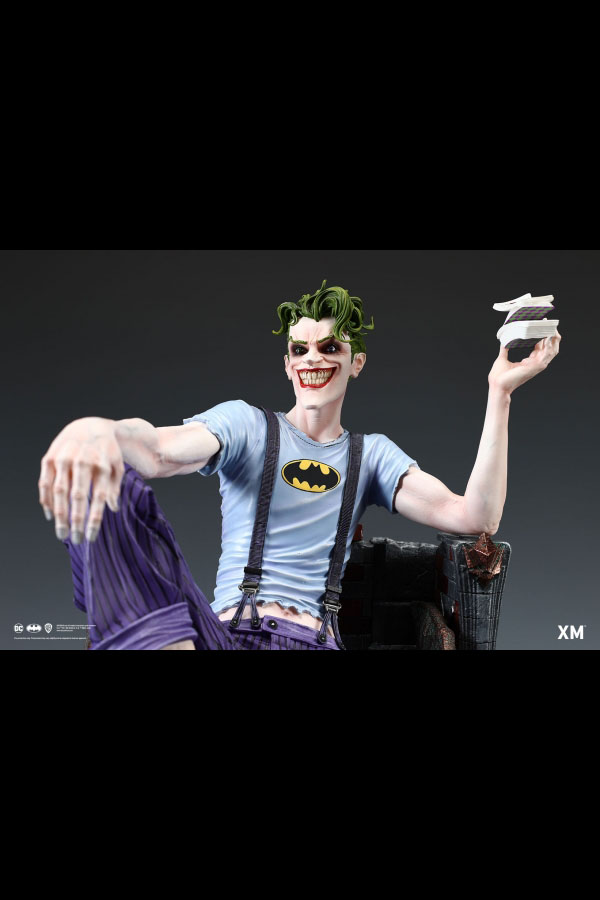 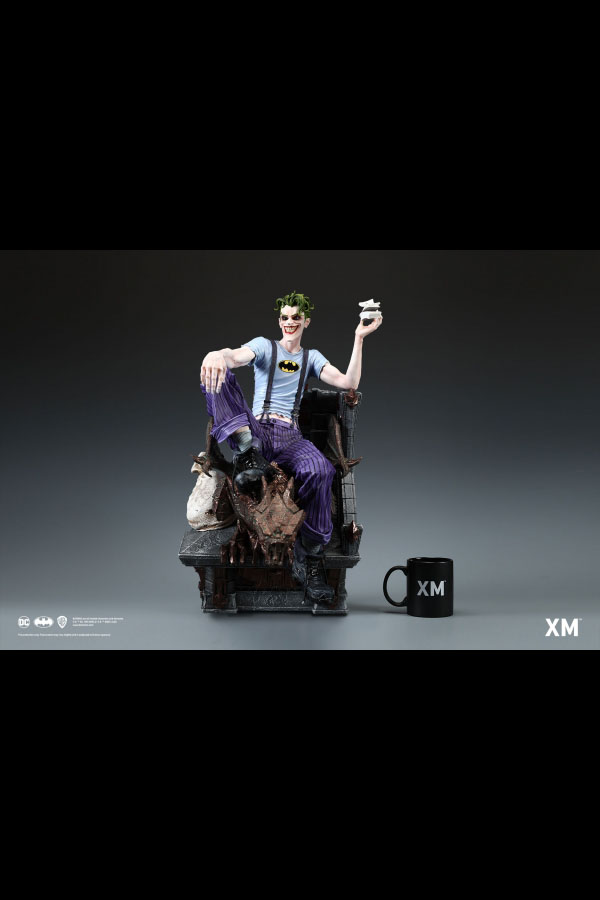 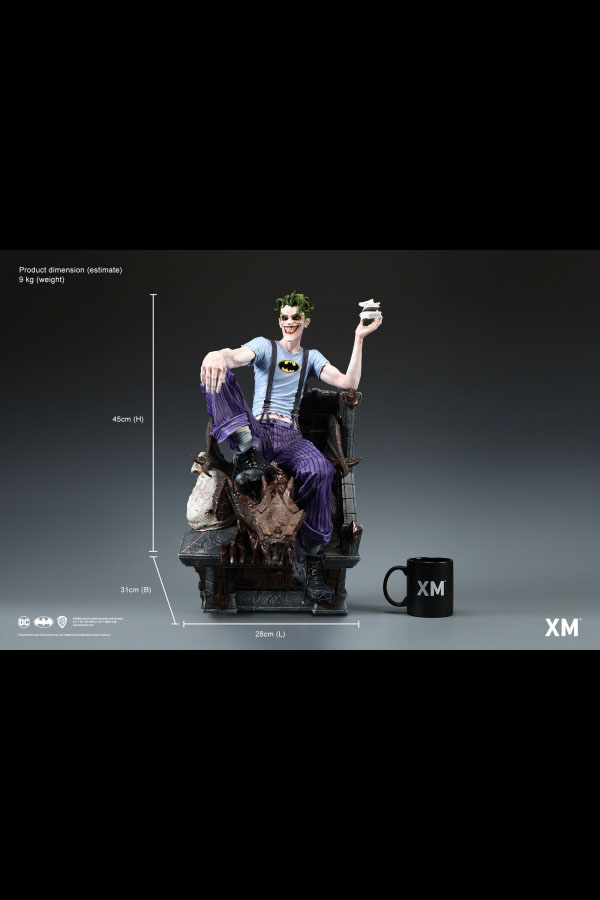 XM Studios is excited to present the next release from XM’s Batman: White Knight Comics 1/4 scale premium collectibles line, White Knight: The Joker. For this statue, we worked directly with Batman: White Knight comics’ original writer and artist, Sean Murphy to capture details reflective of his art style in the comics that fans of the series would appreciate.The XM Team wanted to retain the Joker’s persona and characteristics in this particular scene which shows him seated on the roof, in a relaxed pose, feeling happy after another successful robbery— an interpretation of Sean Murphy’s iconic comic cover in Batman: Curse Of The White Knight #8. Each painstakingly handcrafted statue is individually hand-painted with XM’s famous quality finish, and comes in a bold, dynamic, and story-laden style.

This is a piece that pairs perfectly well with XM’s Batman: White Knight (Batcycle Edition) statue, with Art Deco style architecture making up the base of the statue. The Joker is himself seen sitting atop a weathered copper gargoyle covered in green patina, wearing a pair of leather boots. He is seen sporting a new set clothes, wearing purple pin-stripe pant legs with realistic fabric-like folds and suspenders while draped in a tattered light blue t-shirt with the batman logo centered across his chest.

Background:
After years of epic battles, the Dark Knight finally finds a way to cure the twisted mind of his archenemy. The Joker…is now sane. The Clown Prince of Crime has now changed his ways, fighting for good in Gotham City, and it may just cause Batman to go over the edge of his own sanity.