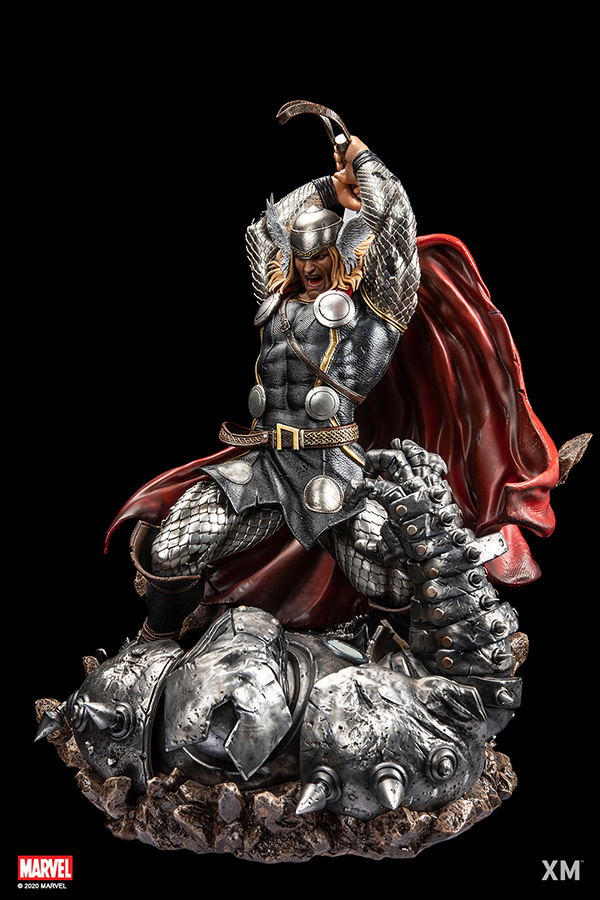 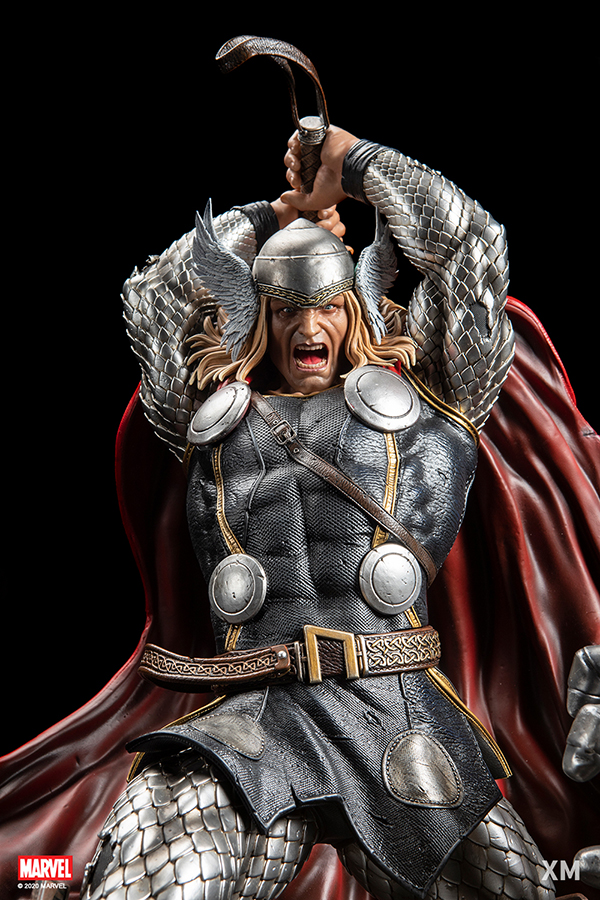 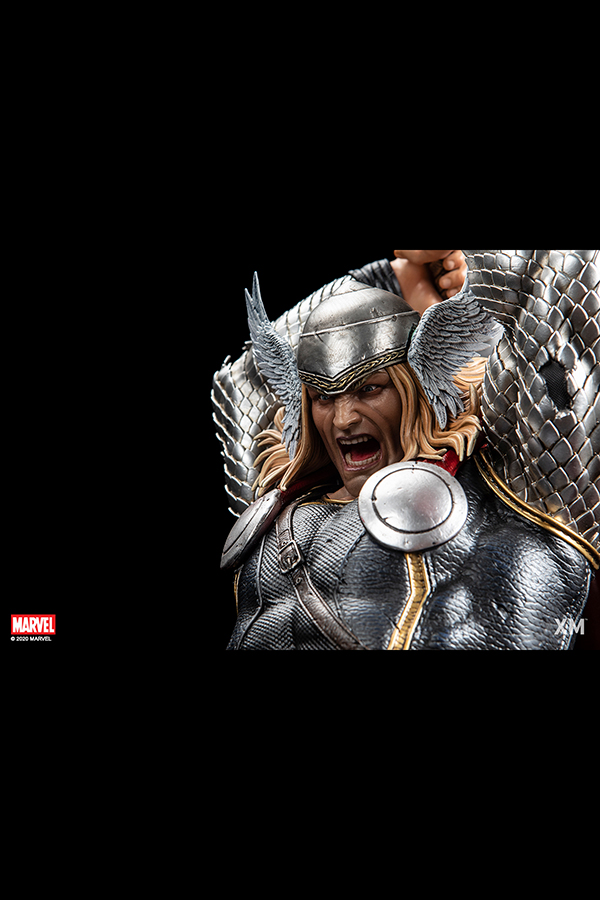 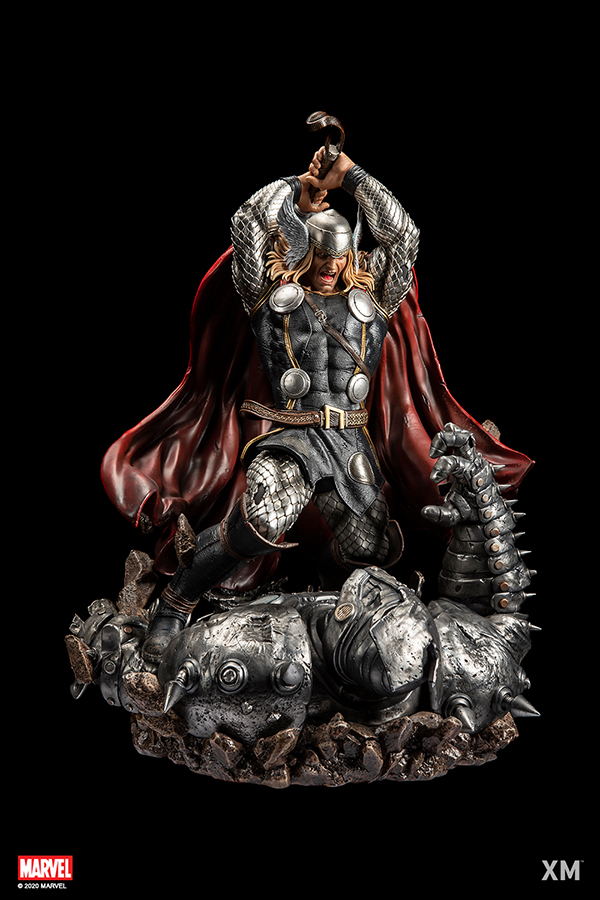 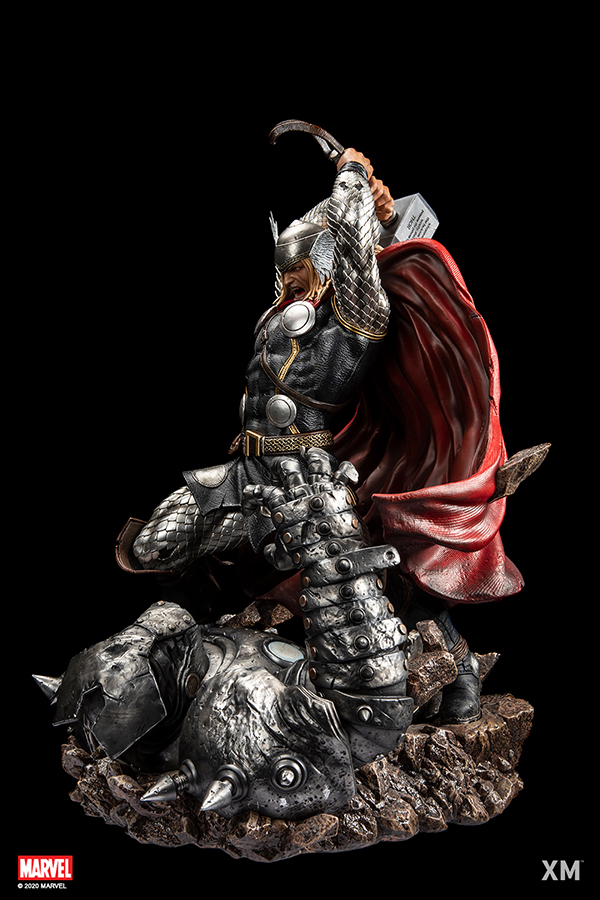 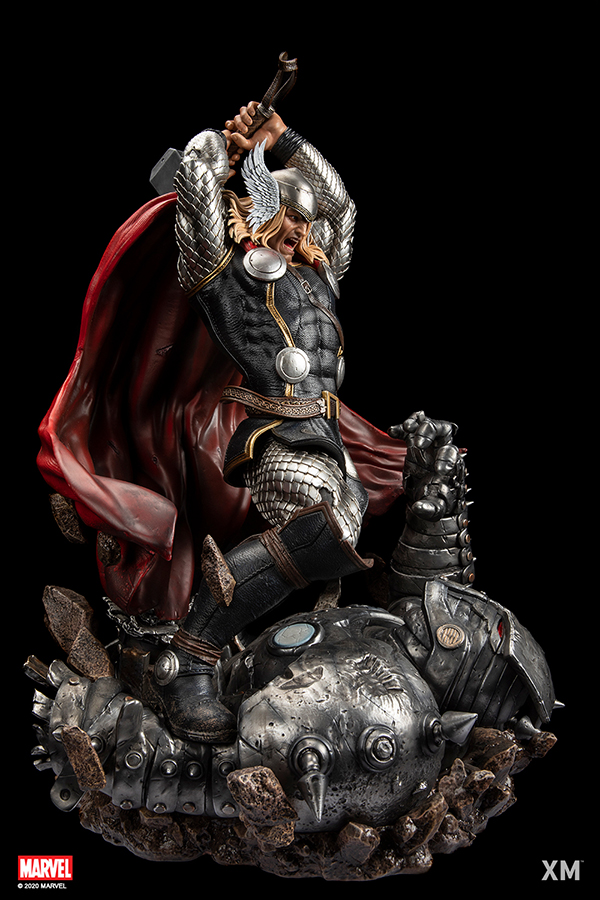 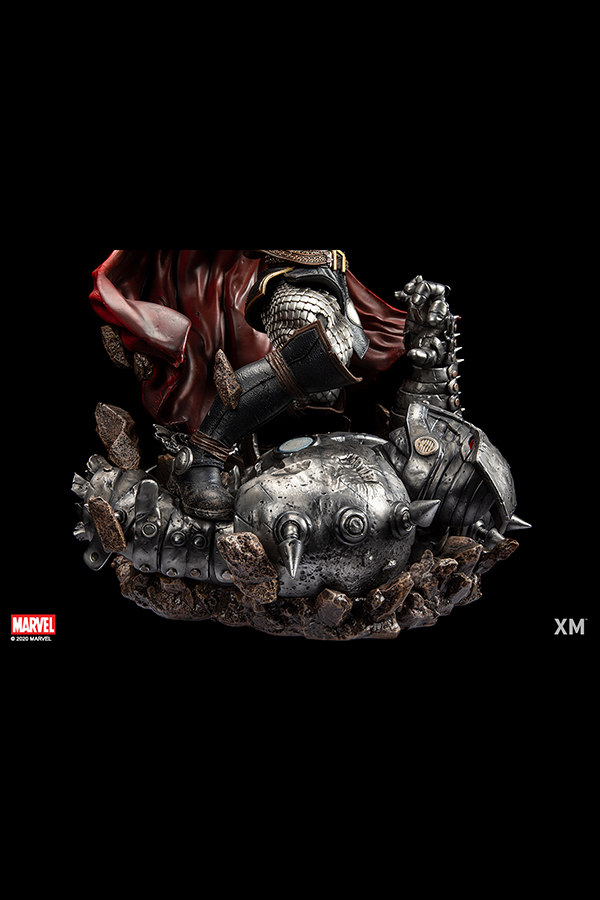 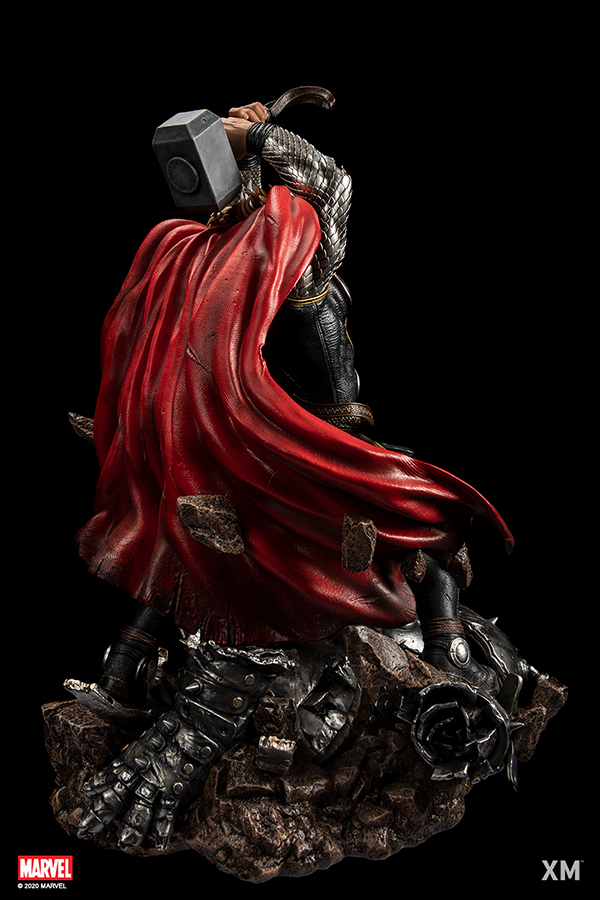 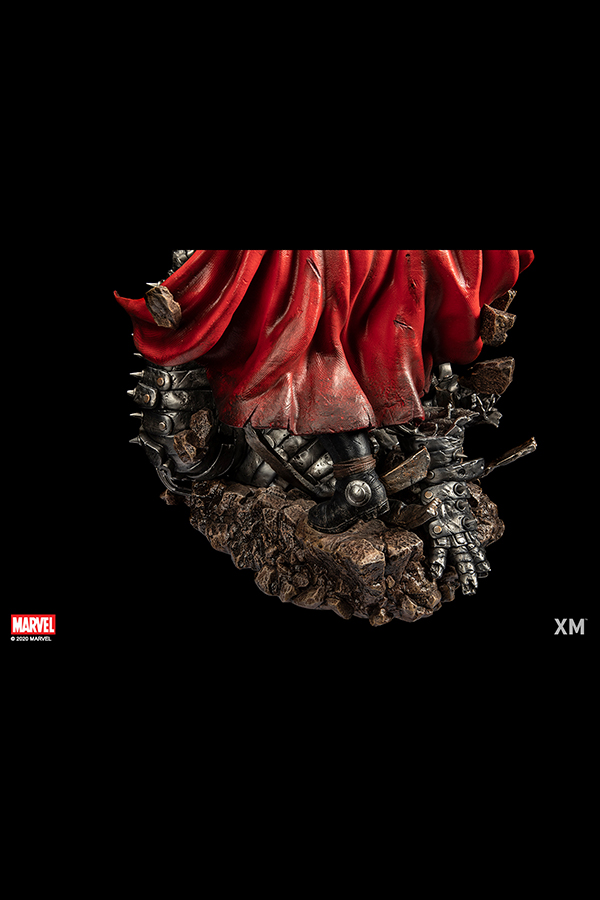 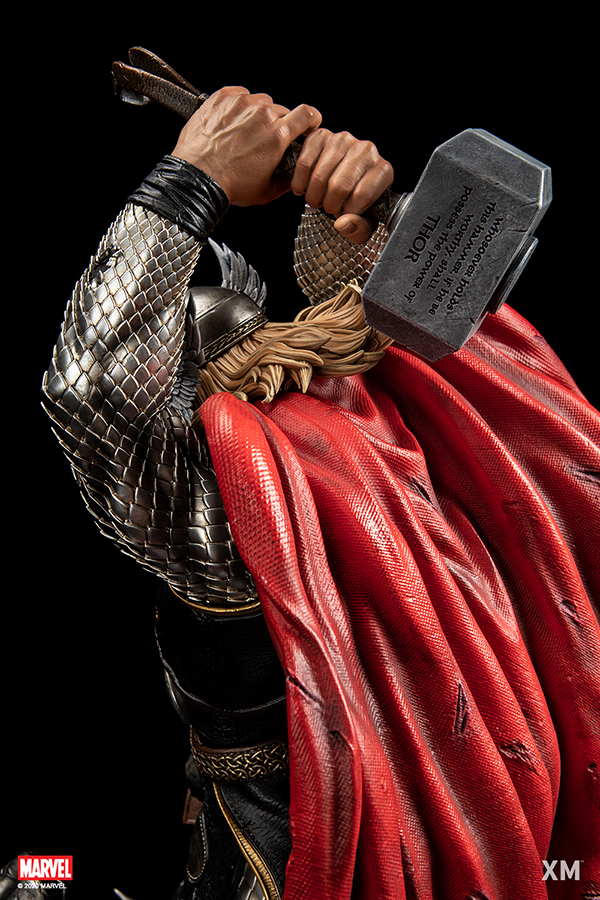 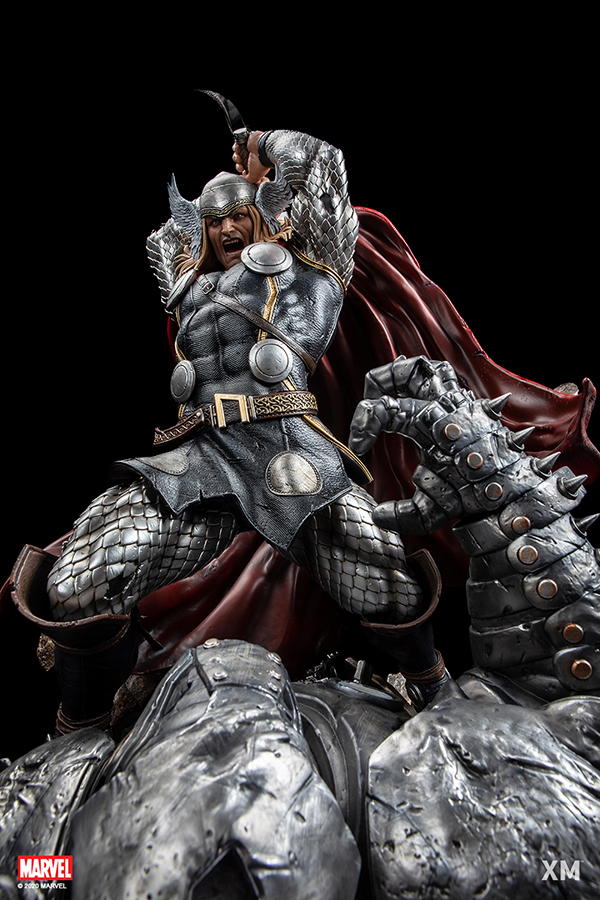 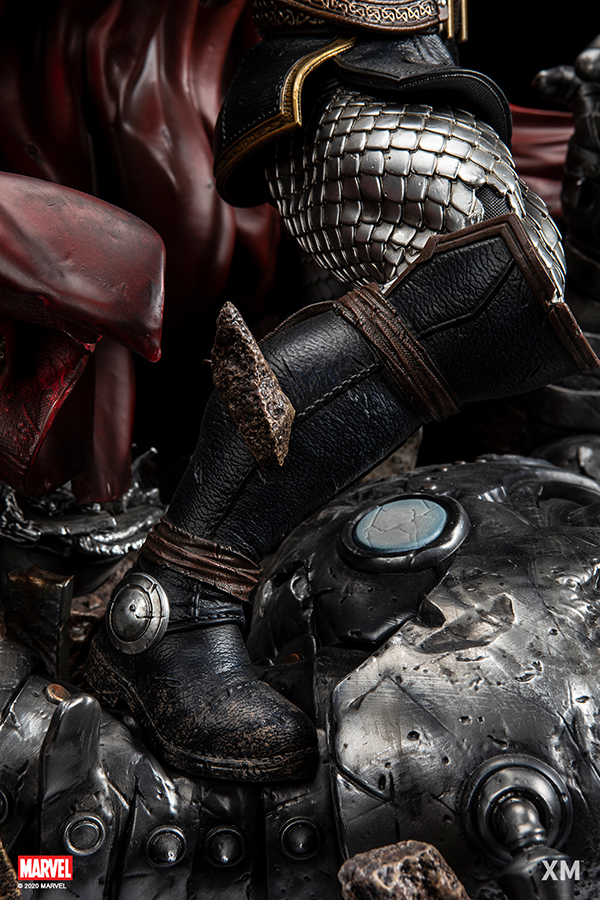 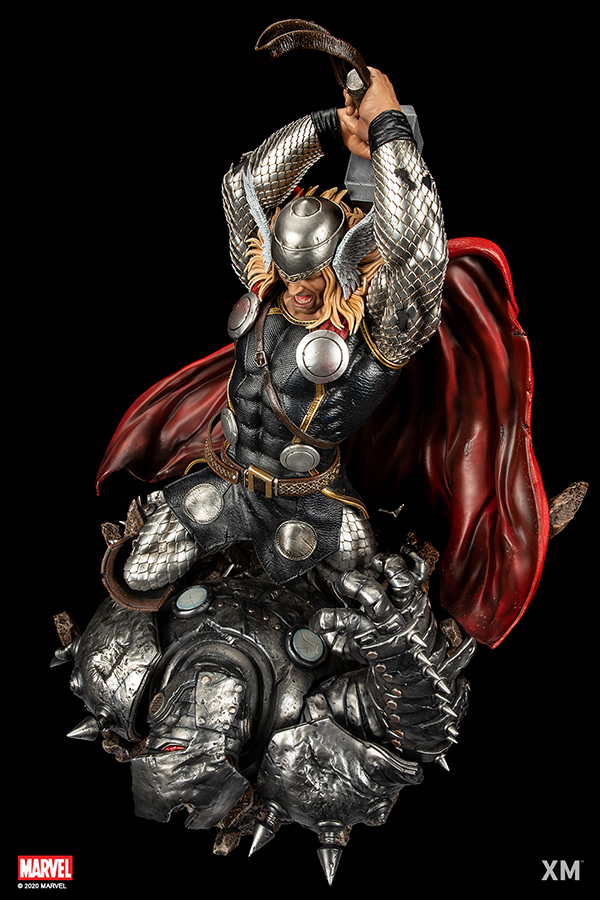 XM Studios is excited to present our next Marvel Premium Collectibles series statue, Modern Thor! The very skies tremble in his presence. He commands the mystical hammer Mjolnir to protect Asgard and Earth. He is the son of Odin, Prince of Asgard. He is the God of Thunder. He is Thor. This beloved character is immortalized in amazingly detailed 1:4 scale cold-cast porcelain. Each painstakingly handcrafted statue is individually hand-painted with the highest possible quality finish. Don’t miss out on adding Modern Thor to complete your collection!

Background:
Thor was born to the King of the Asgardian Gods, Odin Borson, and the Earth Goddess Gaea. He grew up in Asgard under Odin’s tutelage and trained in his footsteps to one day lead Asgard. Besides Odin, his stepmother Frigga and his adopted brother Loki are the only family he know, alongside his best friends Sif, Balder, and the Warriors Three.Throughout his youth, Thor tested his limits on dangerous missions and became worthy of the Uru hammer Mjolnir, using it to save Sif from the Death Goddess Hela.